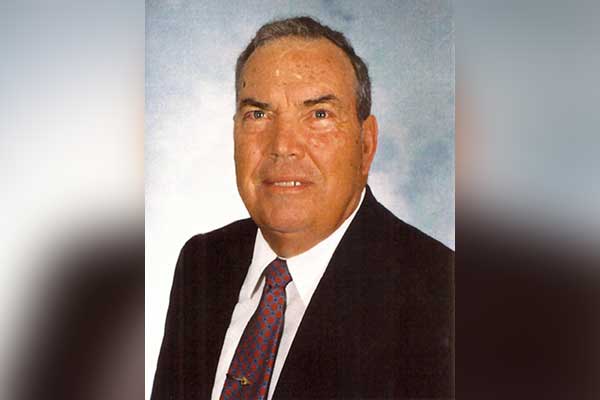 Robert L. Hampton, “Bob”, passed away and went to be with the Lord on October 28, 2019.  He was born on a farm near North Salem, Missouri in 1929, the eldest child of parents Orville & Lola Hampton.  He had three younger sisters with whom he kept a close relationship through the years.  He married his high school sweetheart, Frances Louise Owen, in 1948.  They had one child, Robert O. Hampton.

Bob joined the U.S. Army Paratroopers right after high school and served in the occupation army in Japan.  He was called back into the military in 1950 at the time of the Korean War and proudly served his country for over eight years.  While in the service, he received pilot training and after leaving the military, he and Fran owned and flew their own airplanes.  In 1956, he became a member of the Missouri State Highway Patrol and retired with thirty-two years of service.  He attained the rank of Captain and was the Troop Commander of one of the nine Missouri Highway Patrol Troops.

After retirement in January of 1988, Bob and Fran moved to Safford, Arizona as snowbirds to be near their son and his family, becoming full-time residents of Arizona in 1996.  Bob enjoyed playing golf and building and flying radio-controlled airplanes.  He was a member of the Masonic Lodge and received a 50-year membership pin in 2009.

Bob’s faith in the Lord and his family were the most important things in his life.  He was a member of True Hope Fellowship Church.

Bob is preceded in death by his parents Orville and Lola and his sister Barbara.

A graveside service will be held on Friday, November 1st at the Safford Cemetery beginning at 11:00 a.m.