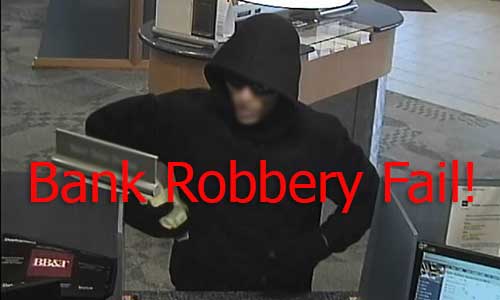 VIENNA (AP) — This robbery failed before it began. The bank was closed.

Austrian police have arrested a man who they say tried to rob a bank in Vienna — but arrived too early.

Police spokesman Patrick Maierhofer says the 45-year old suspect entered the bank foyer Tuesday armed with a gas pistol and with a hood drawn over his head but 15 minutes before opening time.

He says that passers-by alerted police after the man hid his weapon under newspapers and paced nervously as he waited for the main doors to open.

The man wasn’t identified in line with Austrian privacy laws. Police say his planned getaway vehicle was a stolen scooter.