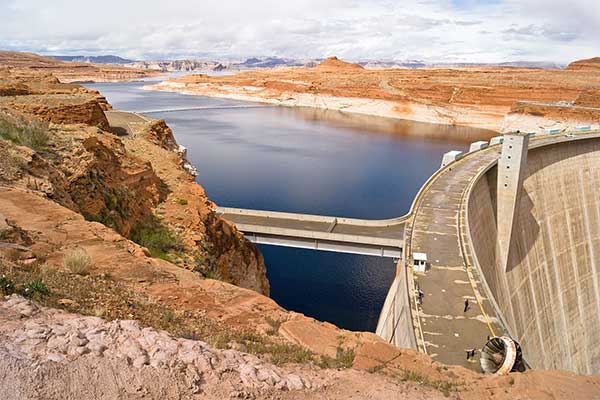 Ariz. — The federal Bureau of Reclamation is taking emergency measures to shore up water levels in Lake Powell, to preserve the reservoir’s ability to generate hydropower.

Late last week, officials ordered an additional release of 50,000 feet per second from the Flaming Gorge Reservoir in Wyoming, to maintain Lake Powell’s water levels at 3,500 feet. Bureau officials project without this intervention, water levels would soon fall below the amount necessary to run the generators at Glen Canyon Dam.

Gary Wockner, executive director of the nonprofit Save the Colorado, said the upstream water release is too little, too late.

“This idea of just letting more water out of the other reservoirs is, at best, a very short-term band-aid,” Wockner argued. “It does not solve anything. It only just elongates the problem; it doesn’t actually address the problem.”

Lake Powell, the second-largest reservoir in the U.S., provides power and delivers water to 40 million people in the Lower Colorado River basin, including millions of Arizonans. Agricultural interests would see water cutbacks first, before they would reach residential users.

Wockner charged the Colorado River’s managers with being more interested in keeping the generators turning than raising the water levels.

Both Lake Powell and it’s larger cousin, Lake Mead, are currently at 35% of water-storage capacity and dropping. The move to increase inflows is part of a 2019 agreement about how to apportion Colorado River resources during a continued drought.

Save the Colorado is among the groups advocating Lake Powell be shut down, to let the Colorado River return to its original course, a change Congress would ultimately have to make.