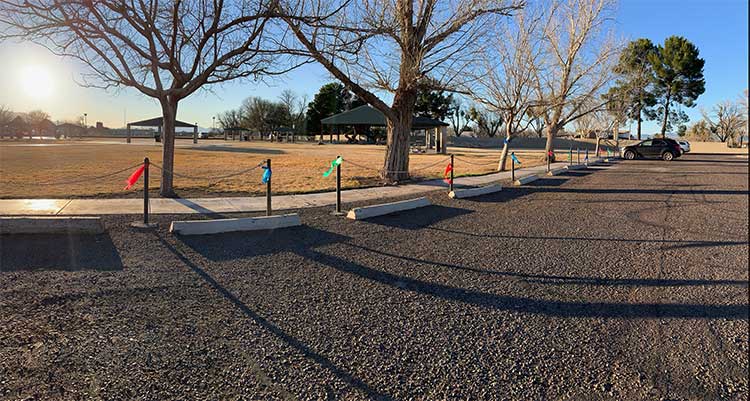 Ashley Griffin is the cheer coach for Thatcher High School. She was in Prescott with her cheer team for the State Basketball Tournaments when she got the new of the crash. Kade Nelson was the school’s Eagle mascot last year, so the news of the accident hit the cheer team hard. On the way home from Prescott, the team came up with the idea of tying ribbons around the community to remember the students who were injured and killed in the accident. They decided to make ribbons of blue, green and red in harmony with the three schools’ colors: Blue for Pima, Green for Thatcher and Red for Duncan.

Yesterday afternoon, students, teachers and parents came together to sort, cut and organize ribbons. More than 100 people took bags of the ribbons in all three colors and went out in the community to wrap them around trees, utility poles and other places in remembrance of their friends.

The ribbon project has been a great way for students to channel their feelings of loss and cope with the harsh reality of losing their friends.

“The kids at Thatcher needed something to do,” Ashley said, “they’re all just tired of crying and talking about it. It (the ribbon project) was something good for the kids to do.