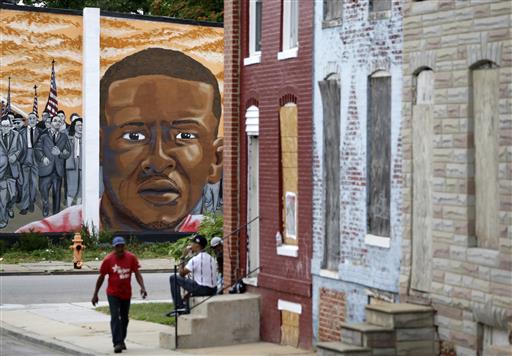 CHICAGO (AP) — When a federal judge concluded that a lawyer employed by the city of Chicago concealed audio evidence in a civil trial, the court issued a sharp rebuke, saying the recordings showed police lied about the events that led officers to shoot and kill a black motorist.

Mayor Rahm Emanuel portrayed it as an isolated instance of unscrupulous lawyering, but City Hall lawyers have, in fact, faced similar criticism in nearly half a dozen police-misconduct cases in recent years.

Attorney Jared Kosoglad, who has been involved in multiple lawsuits alleging abuses by police, expresses a stark view held widely by fellow Chicago lawyers: “The city has a clear, widespread practice of destroying and lying about unfavorable evidence.”

The actions of city attorneys can be especially critical if police oversight boards and prosecutors choose not to fire officers or charge them criminally. That leaves a lawsuit as the only avenue for surviving relatives to seek justice.

No criminal charges were filed in the case of Eric Garner, an unarmed black man who died in 2014 after a white New York City police officer put him in a chokehold. A year later, the city settled the family’s wrongful-death claim for $5.9 million.

New York Supreme Court Judge Lara Genovesi wrote in a June 6 opinion that attorneys representing the nation’s largest city had displayed “a pattern of willful failure” to turn over evidence by court-ordered deadlines in a lawsuit alleging that police beat Jabbar Campbell as he hosted a gay pride party in 2013. She called their false claims that key evidence didn’t exist “astounding.”

Private attorneys contend that for every city lawyer chastised for unethical practices, many others go undetected.

“We have to fight for everything we get,” said A. Dwight Pettit, a civil rights attorney in Baltimore, referring to the challenge of obtaining evidence from city lawyers.

For many attorneys representing a major city, “revealing the truth … is not necessarily high on their list,” said Joanna Schwartz, who teaches at the University of California, Los Angeles, law school. She and other legal observers complain that City Hall lawyers are often more concerned with fending off costly lawsuits or deflecting bad publicity than exposing wrongdoing by police.

His counterpart in Baltimore agrees.

“We always tell our attorneys, ‘Don’t ever let your case get compromised by not turning over'” evidence, George Nilson said in a phone interview.

In the Chicago lawsuit that involved the fatal shooting of Darius Pinex, Judge Edmond Chang ruled that city attorney Jordan Marsh concealed audio files that proved officers heard nothing on their radio about a car like Pinex’s being involved in an earlier shooting. During the 2015 trial, the officers had claimed that’s why they stopped him. Chang ordered a retrial and Marsh resigned.

Emanuel downplayed the incident in January but later asked former U.S. Attorney Dan Webb to review law department practices. Webb’s findings are pending. A similar report is pending in Denver, where a city attorney was accused of withholding key emails in a jail-beating lawsuit.

Patton, who oversees 270 staff attorneys, said Marsh’s conduct was a one-off: “He made a terrible mistake. But what he did is not representative.”

Just months earlier, however, the same judge ordered a retrial for black Chicago teacher Jonathan Hadnott, who alleged officers stopped him on the street for no reason and then, after he showed them a firearm owner’s identification card as an ID, illegally searched his mother’s home for guns. Hadnott was never charged with a crime.

Only after the first trial did city lawyers produce records that bolstered Hadnott’s claims he was falsely arrested, the judge said.

In another false-arrest lawsuit in Chicago, plaintiff’s attorneys took 15 minutes to find evidence files in a warehouse that city and county lawyers said were destroyed or lost. A judge sanctioned the county attorney, but the sides settled in 2014 before he could rule on the city attorney.

Chicago lawyer Brian Coffman said city lawyers are “supposed to be another of those checks and balances” that help preserve public trust in the justice system.

Pinex family attorney Steve Greenberg added, “If officers don’t feel they’ll be held accountable, they won’t feel they need to do the right thing on the job.”

Gauging how often evidence is hidden raises a Catch-22. Opposing lawyers can allege city attorneys hid evidence only if they already know that evidence exists. But among the only ways for them to know is if city attorneys tell them.

Greenberg learned the audio existed during a lunch-break encounter with one of the city’s witnesses at trial.

— Shaun Mouzon was injured by Baltimore police in 2013 after officers contended he tried to run them over. Pettit complained that the city waited until this year to produce video that showed Mouzon was stuck in traffic when officers shot him, not as he stepped on the gas. Nilson called any claim that attorneys dragged their feet “hogwash.”

— A Spokane officer fatally beat janitor Otto Zehm in 2006, and a city attorney was later accused of tampering with evidence in the criminal investigation. He placed his interests above the “search for the truth,” prosecutor Timothy Durkin said in an email to the city. Officer Karl Thompson Jr. was convicted of civil rights violations in 2011 and sentenced to four years in prison.

— In Washington, D.C., lawyers alleging police mistreated protesters said city attorneys sat for years on thousands of records at the heart of their lawsuit, saying in one filing, “The misconduct is systematic, not isolated.” Federal Judge Emmet Sullivan called the city attorneys’ behavior “shocking.”

Some legal experts advocate making the top law department job an elected position to ensure city lawyers are focused more on the public good. That’s what voters in the nation’s capital did in 2010.

Nilson, who like Patton was appointed, said deciding to settle a lawsuit almost always comes down to one question: Will a settlement save the city money?

But justice sometimes enters the calculation, as it did in the case of Freddie Gray, a young black man whose family sued after he was fatally injured in police custody in Baltimore. One reason for agreeing to a $6.4 million settlement, Nilson said, was that he wasn’t confident any of the officers charged criminally would be successfully convicted.

In the future, people might complain that there was no justice for Gray, he said. But the city law department “sought to make sure the response could be that the civil case has been resolved — and that that is some justice for Freddie Gray.”