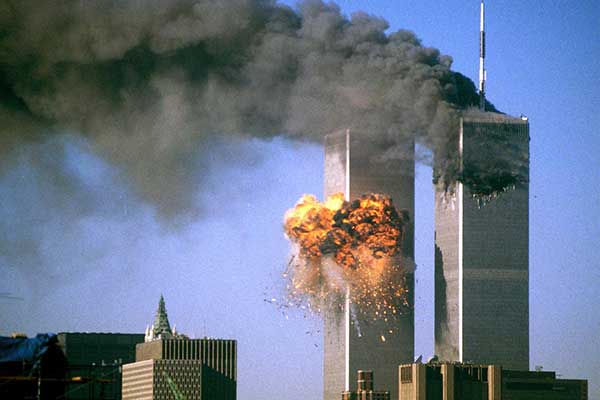 On September 11, 2001, Islamist extremists hijacked four planes that were flying above the US. Two of them were flown into the twin towers of the World Trade Center in New York. Another was crashed into the Pentagon, the top military building in Washington DC.

Most people in Graham County were just waking up and were getting ready for work.

If you were watching morning news, you were may have seen the two jets fly into the two towers where thousands were already at work.

During the September 11 attacks of 2001, 2,996 people were killed (including the 19 hijackers) and more than 6,000 others injured. These immediate deaths included 265 on the four planes (including the terrorists), 2,606 in the World Trade Center and in the surrounding area, and 125 at the Pentagon.