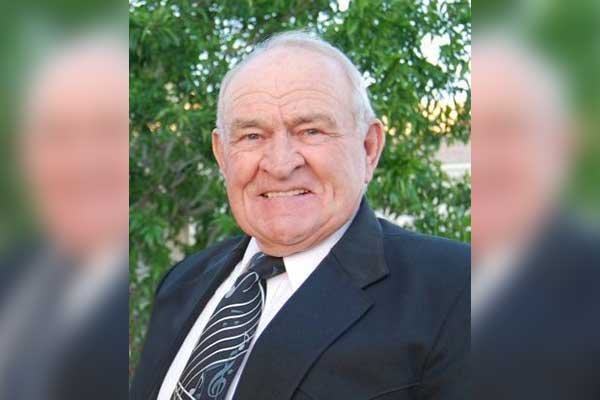 Reece Fielding Jarvis entered into rest on Saturday, November 24, 2018 at the Mt. Graham Regional Medical Center with his family gathered around him. He was 84.

Reece was born the son of Silas Fielding and Ruth Webster Jarvis in Bryce, Arizona, on February 26, 1934. He graduated from Pima High School and then served a LDS mission in the Southern States Mission. Later, he attended Eastern Arizona College, U of A and BYU. Returning to the Gila Valley and there he stayed.

There is nothing that he loved and adored more than his sweetheart Anna Jane Lazear, who he married in the Mesa LDS Temple, 60 years ago, on June 11, 1958. They lived together in Pima, where 6 children joined their family; Reecia Stapley (Larry), Karen Scott (Brian), Carolyn Cathcart (Dennis), Ryan (Faith), Juliana Smith (Joshua) and Jordan (Shanna). He retired as Pima’s Postmaster after 31 years of public service, and then secured Pima’s rural route to deliver for 18 more years. He volunteered as a Pima EMT where he trained many young EMT’s and then later worked for Cords Ambulance. He also volunteered for the Pima Fire Department for 33 years. He was one of the original founding members of Eastern Arizona Historical Society. He also sat in the crow’s nest for 38 years calling Pima’s football games. Many will remember him for the magic of his voice, that he shared singing at many wedding, funerals and other occasions.

He and Anna Jane traveled to Mesa for many years to serve in the Mesa LDS Temple until The Gila Valley Temple was built, and they continued to serve there. He served in many other capacities in church including bishop, he loved working with the young adults at the college and then with the members of the new Pima 4th Ward. He loved camping, hunting, motorcycles, going for rides to get a Pepsi, anything outdoors and anything with his family. He knew every trail on the mountain and even spent some time working for the forest service on Mt. Graham.

He was preceded in death by: his parents, Silas and Ruth; and his sister, Gwen Elise. He was respected and so loved by many and we will deeply miss his gentle smile, his pleasant laugh, his wisdom and love.

Funeral services for Reece will be conducted Saturday morning, December 1, 2018, at 10:00 a.m., at The Church of Jesus Christ of Latter-day Saints Pima Chapel. Concluding services will follow in the Central Cemetery.