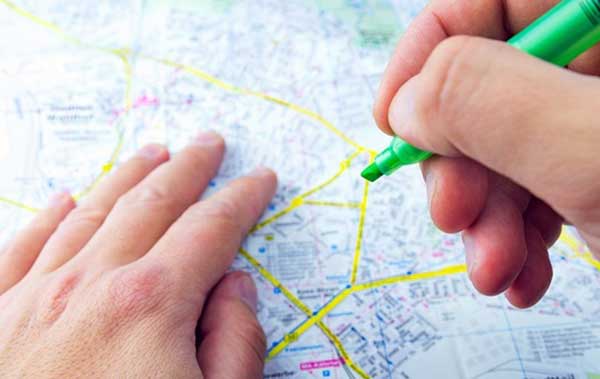 Arizona's Independent Redistricting Commission will begin drawing up new voting districts in February for the 2022 midterm elections and beyond. (Evgen/Adobe Stock)

PHOENIX — With the 2020 election behind them, the next political event in Arizona and other battleground states will be the once-in-a-decade redistricting process. Starting in 2021, states will redraw district boundaries for Congress and state legislatures based on the results of the 2020 census.

In Arizona, some observers anticipate major changes in boundary lines based on growing numbers of Latinos in the state over the past decade. However, Lisa Sanchez, associate professor of political science at the University of Arizona, warns Arizona’s much-anticipated “blue wave” may not have arrived just yet.

“The idea that Arizona went blue during this last presidential election, I wouldn’t interpret it such that the politics on the ground – in particular the partisan affiliation of individuals in Arizona – have shifted fundamentally,” Sanchez said.

Sanchez said while Arizonans did elect Democrats in the presidential and Senate races, it was business as usual for Republicans in congressional seats and the state Legislature. She said the state’s electorate remains almost evenly divided between the two major political parties.

She said while Latinos and other people of color showed up at Arizona’s polls in record numbers this year, that doesn’t necessarily translate into a Democratic advantage in future elections.

“The benefit of having a majority-minority district is you are highly likely to get a co-ethnic or co-racial candidate,” she said. “So in the 1990s, we started to see record numbers of Latinos and Blacks being elected to Congress, but surrounding districts now didn’t have any minority influence.”

Maricopa Country Democratic Party chair Steven Slugocki is taking a long-term view of the gains his party made in 2020 and the effect on redistricting.

“Whenever the maps are done, we’re going to have to evaluate them, compare them and see the way that they look and see the breakdown of them and make sure again that we have fair maps,” Slugocki said.

Arizona’s Independent Redistricting Commission, not the GOP-dominated Legislature, will redraw districts in 2021. The bipartisan panel, created by a ballot initiative in 2000, will begin its work in February, and finish – hopefully – in time for the 2022 midterms.