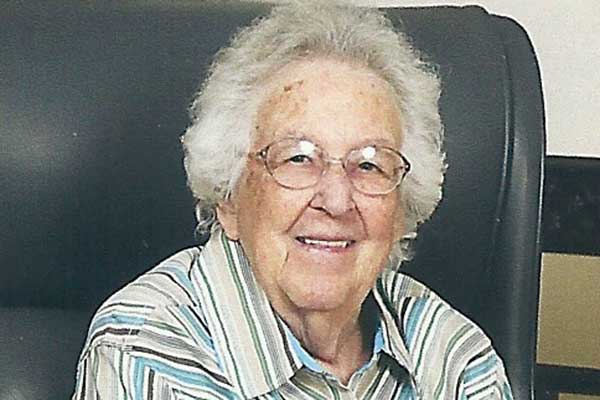 Inez Clendenen went to be with the Lord on November 22, 2020, at her home with her family at her side.  Inez was born in Lockney, Texas on April 5, 1924 to Mary Knight Mudgett & Frank Mudgett with sisters Eva, Nina, and Joan.

She graduated from Shedd High School, in Shedd, Oregon in 1942 and soon after, July 4, 1942, married Larry Clendenen.  They were blessed with the birth of their son LeRoy W. and their daughter Gail L.

Inez spent most of her life in Alaska.  She was a strong, caring and kind person who was always ready to help others.  She and Larry were early homesteaders in Alaska.  They were commercial fishermen, sled dog racers, rodeo participants, and promoted dog races and rodeos on the Kenai peninsula.  They also had a saddle shop while in Alaska and in the winters worked here in Safford at Lucky’s Saddlery.   Inez also drove trucks, school busses, and worked as a cook in canneries during the winter months.

She was the first woman allowed to have her own boat to captain on shares from a cannery in Kenai, Alaska.  She was active in the Pioneers of Alaska and the Anchor Point Senior Center.  Inez was a strong advocate for seniors.  She was also a hunter and brought down moose and caught fish to help provide for her family during the early years.  At 96, she had led a full and eventful life.

She was preceded in death by her parents Mary & Frank Mudgett, her husband Larry Clendenen, her sisters Nina Martin, and Eva Godwin.