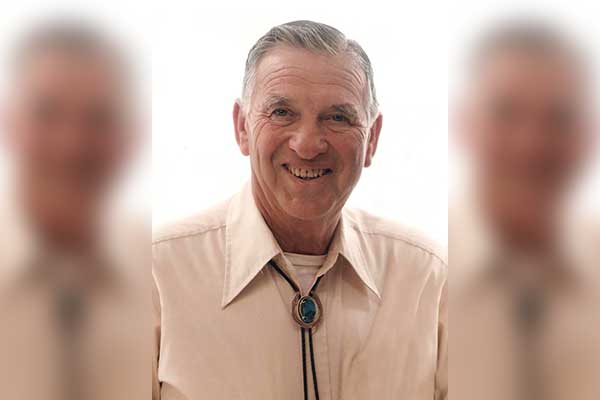 Charles Raymond Rhodes, 89, a lifelong resident of Ft. Thomas passed away January 8, 2019 peacefully at home surrounded by his family.  He was born March 2, 1929 in Fort Thomas to William Curtis Rhodes and Frances Eredia Rhodes.

Raymond was married to Billie Ruth Weddle also of Ft. Thomas on May 6, 1950.  The couple were blessed with six children.

Raymond worked for Woods Brothers Refrigeration, Electric and sheet metal, D.B Nelson Electric, Producers Minerals and other construction jobs until he joined his brother John Rhodes in opening Rhodes Enterprises where he worked until his retirement in 1991. If you asked him, he would say he was a prospector and small mine operator.  A lifelong gardener, Raymond and Billie Ruth supplied the community with strawberries, fruit, vegetables, pecans and garlic.

Raymond is survived by: his wife of 68 years, Billie Ruth; brother, Fred (Barbara), of Tuscon; and his six children, Nona Black (Spencer), of Cottonwood Wash, Chuck (Donita), of Ft. Thomas, Mark (Lisa), of Dewey, Ned (Kim), of Thatcher, Kenny (Tina), of Thatcher and Susan Estavillo (Brian), of Mesa; twenty grandchildren and thirty great-grandchildren.  Raymond was preceded in death by: his parents; brothers, Joe, Bill, John and his granddaughter, Addison.

A Celebration of Raymond’s Life will be conducted Friday, January 18, 2019 at 6:30 p.m., at the Ft. Thomas Elementary School Cafeteria.