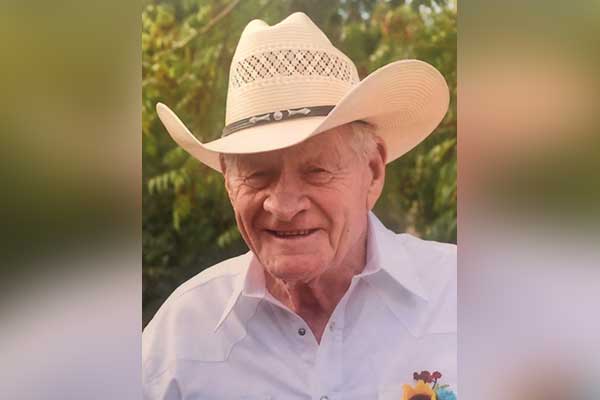 Ray Crum, a resident of Glenwood, New Mexico and a United States Army Korean War veteran, passed away at his home in the early morning of December 3, 2019. Ray was 89.

Ray was born to William Crum and Vina Lively Crum on September 15, 1930, in Safford. He was one of eleven brothers and sisters when he was born. Ray’s parents went on to have two more children after his birth.

Ray graduated from Safford High School in 1948. He then worked for the Crook National Forest where he was stationed as a fire lookout during the summer months from 1948 to 1951 when he was drafted into the United States Army. He was stationed in Fort Benning, GA, where he completed Infantry School. Ray received his Parachutist Badge in December 1951 and was a member of the 598th Airborne Engineering Company and the 508th Airborne Regimental Combat Team. He was honorably discharged in 1953.

Ray met and married his wife, Beverly June Chadwick, in 1958 in Reno, Nevada. Together he and June had two daughters, Cynthia Crum Shellhorn and Teri Crum Jameson (Gerry) and they moved around the country for Ray’s job as a Conway Mucker Operator. At the peak of his career, Ray was considered one of the country’s premier Mucker Operators and was sent to Canada on two separate occasions to teach the Canadians how to use the huge piece of machinery. He retired in 1989 at the age of 58 and settled in Glenwood. Ray’s pride and joy were his three grandsons, Bradd Edward Shellhorn, Wyatt Ray Shellhorn (Micheon) and Kyle Dean Spurgeon. He was also blessed with two great-grandsons, Braden Shellhorn and Jack Klein. Ray was preceded in death by his parents; ten of his siblings; numerous close friends and relatives; his son-in-law, Wayne Shellhorn.

Funeral services for Ray will be conducted Saturday morning, December 7, 2019, at 10:30 a.m., at the Los Olmos Lodge in Glenwood, New Mexico.

Graveside services with military honors conferred by the Gila Valley Veterans Honor Guard will follow on Saturday afternoon, at 2:00 p.m., at the Lebanon Cemetery.