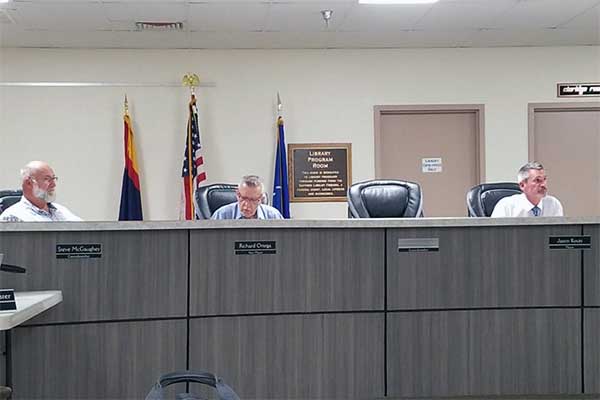 SAFFORD – The Safford City Council held a public meeting Monday that, ultimately, the public could not attend in person.

However, after the six members of the council arrived, and four members of city staff took their seats, the meeting was closed to any other attendees due to the governor’s executive order limiting gatherings to no more than 10 people.

“I want to get back to open meetings and have the public realize that, yes, they can come to their meetings. And, once again, it is their meetings,” said Mayor Jason Kouts. “I really want the participation in Zoom, knowing that they cannot chime in.”

Kouts said he anticipates at least one more meeting with the gathering limit in place, so he’s hoping more members of the public will watch via the Zoom meeting platform. Those who wish to address the council on agenda items – or items not on the agenda during the call to the public – can submit their statements via e-mail before the start of the meeting.

The next scheduled meeting of the council is a work session April 27. The next regular meeting is set for May 11.