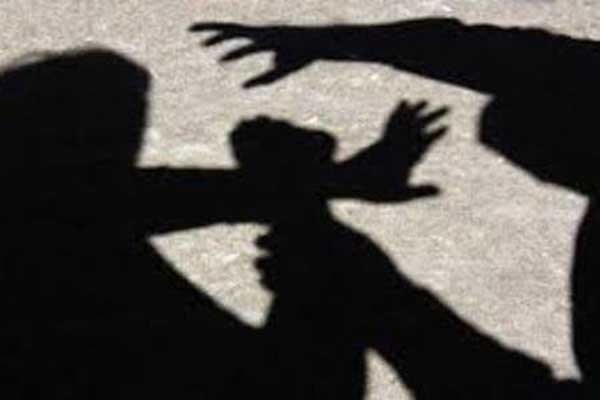 SAFFORD – On Sunday, May 5th Safford police officers were dispatched to the area of 3rd Street and 7th Avenue at approximately 7:00 pm in reference to a fight. When officers arrived, a man told them that his son, identified as Richie Garcia, had assaulted him and left the area in a white work truck. At the time, the man said that he didn’t want to press charges. He only wished that Garcia not return to his residence.

About an hour later the victim called the police officer from the hospital and said that he did want to pursue charges against Garcia after learning that his jaw, hand and finger had been broken in the incident. The victim was being flown to Tucson due to his injuries.

The victim told authorities that the incident occurred over a phone call he had made to Garcia regarding Garcia driving a company truck recklessly through the neighborhood. Garcia apparently showed up at the victim’s residence a short time later, stating that the man had disrespected him during their phone conversation. The victim told authorities that Garcia was intoxicated and confrontational when he approached the man and started punching him. The victim said that he did not fight back but his other children intervened and pulled Garcia off of him. Garcia reportedly yelled at the children and threatened them before leaving.

A witness told authorities that Garcia showed up at the residence and began yelling and pushing his way toward the victim. Garcia then began assaulting him and punching him repeatedly as the victim was on the ground trying to protect himself from the blows.

An Attempt to Locate (ATL) was put out for Garcia at that time.

About forty minutes later, authorities were called to the Court Street Apartments in regard to a report of four men fighting. By the time police arrived on the scene the fight was over and one injured man remained. The man was transported to the emergency room. An assault report was taken, and Richie Garcia was named as a suspect.

Witnesses told authorities that a truck came into the area at a high rate of speed and a man had confronted somebody in the vehicle, which resulted in a fight between them. Witnesses gave conflicting accounts of how many people were in the vehicle. The reports varied from two males and one female to just two males and potentially only one male. All witnesses agreed that the vehicle was a white Dodge extended cab truck.

An officer went to the hospital to interview the victim from the Court Street Apartment fight. The man had reportedly suffered a broken cheekbone and broken rib in the incident. The victim said that the white truck involved in the incident is in and near the Court Street Apartments on a daily basis. He said that after the fight was over a woman in a vehicle came into the apartment area and began shouting for a man named Richie Garcia. The man told authorities that he believed that Garcia was the one who assaulted him.

The victim’s 13-year-old daughter was a witness to the incident. She said that the white truck came into the apartment area driving very fast. Two guys got out of the truck and her dad started yelling at one of them. She said that her dad had a flashlight in his hand when the suspect assaulted him. She described how the aggressor forced her dad to the ground and started choking him. She said that she ran up to the man and kicked him between the legs. The aggressor then grabbed her dad’s flashlight and hit him in the head with it repeatedly. Then the men got back in the truck and drove off. She described the aggressor as a Hispanic male with a small moustache and balding. She told the officer that she did not remember being struck during the incident, but her head had been hurting since.

An ATL was again issued for Garcia for questioning. The case remains under investigation.