February 14 is Valentine’s Day.  Valentine’s Day began to honor an early saint or two and celebrate romantic love and martyrdom for those who allowed love to override the law.  In the 14th century, couples offered flowers, sweets and cards.  Women have been martyred to love for centuries and denied equality under the erroneous rationale that someone else would take care of them. If you really do love your partner (not to mention your mother, daughter, sister), a better gift than flowers, sweets or cards is the Equal Rights Amendment (ERA) so that women can navigate on equal footing.

Just a month ago, on January 15, 2020, the Virginia Senate ratified the ERA (SJR1) by a vote of 28-12.  A few minutes earlier the Virginia House had ratified the ERA (HJR1) by a vote of 59-41.  Thus Virginia goes down in history as the 38th  and pivotal state to ratify the ERA.  Now that three-fourths of the states have ratified, the ERA is the 28th Amendment to the Constitution. The day of passage was deliberately chosen because  Jan. 11 is the birthday of Alice Paul who wrote the first ERA in 1923. The fact that it took 97 years to get the amendment passed in spite of the fact that 91% of Americans support the ERA makes a person wonder about the motives of those still trying to prevent women’s Constitutional equality.

The amendment goes into effect two years after ratification to allow the U.S. and states to change any laws that violate it.  Lawsuits are already filed but there are lawsuits every day against the First Amendment, the Second, the Fourth, and the Eighth and they are still standing.   There were lawsuits against the 13th, 14th, 15th, and 18th amendments and they are still standing but for the 18th that was reversed by the 21st.

The Madison amendment (27th) prohibiting sitting legislators from raising their own salaries while in the seat passed 200 years after it was introduced into Congress.  The timeline arguments were already specious but the 27th Amendment obliterates them. Good ideas don’t die; they eventually triumph. Women have fought for equality from the beginning of time, and we aren’t about to stop now.

The prime sponsor in the House, Delegate Jennifer Carroll Foy, said that the vote, for everyone’s mother and sister and daughter, will tell what side of history each person wants to be on.  She outlined the negative history of Virginia that closed schools all together for four years rather than integrate; that prohibited the marriage of African-Americans and whites until the Supreme Court said no in Loving v. VA; that required a lawsuit against Virginia Military Institute to require them to admit women – where she then went and graduated.

Those opposed to the ERA in Virginia said that women have achieved high positions without the ERA so it was not necessary. The same was said in AZ last session. It is true that women have achieved much in spite of the lack of equality.  But as Foy said, because women have succeeded in spite of barriers is no reason to maintain the barriers. She rejected the idea that because a few have privilege and reach high positions, equality for all should be denied.

Virginia was also lauded as historically for freedom.  One delegate mentioned that many of the original Constitution signers and Bill of Rights supporters were Virginians showing the deep roots of equality in VA and pointing out that Virginia was rightfully returning to its roots as a state that supported equality.

Arizona began as a very progressive state as well, one that supported equality.  At its inception, AZ under Governor Hunt supported miners, workers, and women.  The state had the initiative process to ensure that citizens voices were heard and the recall process to ensure that renegade politicians could be held to account. Women could vote in 1912, eight years before the 19th Amendment passed giving women the right to vote nationwide.   But in the mid 1960s, Arizona started trending away from that early promise and reverted to principles of insularity, scarcity, and fear above principles of inclusion, prosperity, and tolerance. Arizona legislators need to reclaim our roots and recognize that the ERA is a good idea whose time has come. Arizona has forfeited its opportunity to go down in history as the 38th and pivotal state, but it can still do the right thing and ratify the ERA this session to become #39. 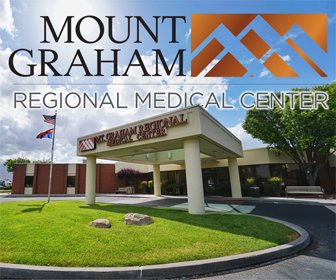