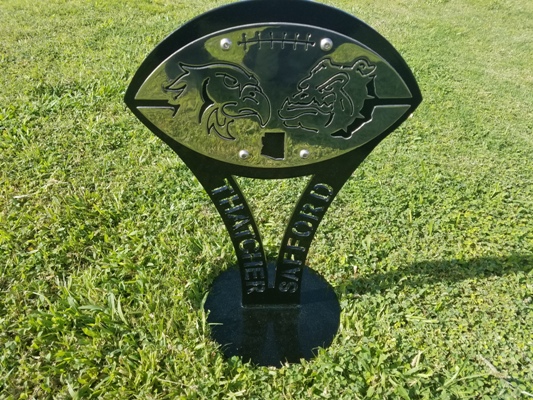 For the first time in many years and maybe ever, the Thatcher-Safford football game will decide a playoff spot. For years the two teams have played each other but this year the two are both members of the 3A South and the winner of Friday’s game will get the final automatic bid into the 3A State Tournament.

This will be the 64th meeting between the two teams. Thatcher leads the all-time series 30-29 with 4 ties. The archives show the first game took place in 1937 and continued until 1961. The teams didn’t play each other from 1962 through 1986 but have played every season since then.

Thatcher has dominated the series in the last 10 years, going 8-2 in that span. The last Safford win came in 2015.

Pusch Ridge has ran away with the 3A South and will get the 1st automatic playoff spot. Thatcher currently sits 2nd and with a win will solidify that auto bid. If Safford wins they will own the head to head tie breaker against Thatcher and overtake them for the 2nd spot.

There will 12 teams auto qualify for the tournament, leaving 4 to get in on power points. The Bulldogs would have a solid shot at the tournament regardless of the outcome with their #8 ranking. With a loss, Thatcher will have to cross their fingers for a few upsets on Friday night because at #13 they could fall out of the top 16.

The game will be broadcast on KATO 1230 AM in the Gila Valley or you can listen online by clicking here.