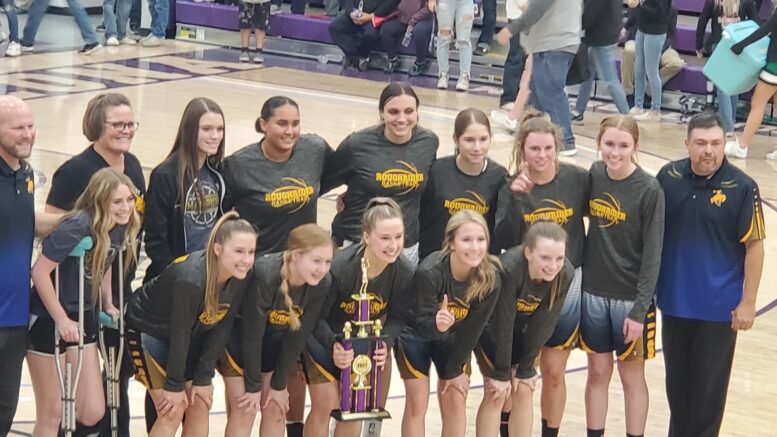 Pima poses for photos with their trophy after winning the 46th Annual EAC Tournament. Lee Patterson/GilaValleyCentral

THATCHER — For only the 4th time in the 46-year history of the Eastern Arizona College Holiday Tournament the Pima Lady Roughriders are champions. Pima won in 2008, 1993 and 1992 prior to winning this year’s title.

Senior Saydee Allred led the Riders in the title game with 28 points and 11 rebounds to record her first career double-double and was named tournament MVP. Junior Ashlynn Chlarson added 14 pounds and 10 rebounds in the win as well.

Thatcher finished in 2nd place. Fort Thomas beat Morenci 72-68 to secure 3rd place. The 5th spot went to Safford with a win over St. David and Duncan took home 7th with a win over Willcox.