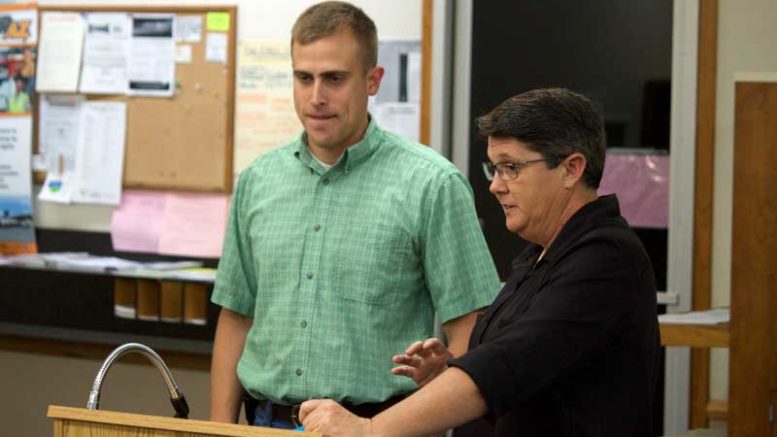 PIMA – There’s a new gun in town straight out of the police academy. But this cop has made his way around the law enforcement community, working as a detention officer at the Graham County Jail and then as a dispatcher.

Officer Jason Shelton was introduced by Pima Police Chief Diane Cauthen to the Pima Town Council at its Tuesday meeting as the municipality’s newest officer. Shelton reportedly excelled in his police academy and had other police organizations, including the Tucson Police Department, looking to swoop him up.

“I am extremely happy with officer Shelton,” Cauthen said. “He’s a small-town boy with some very good skills.”

Shelton was sworn in at the police academy last Thursday and began his shadowing training Monday. When he finishes and begins taking shifts on his own, the department will be back at full staff.

The Pima Police Department had been short-handed since the retirement of beloved officer Gary Gale in January. Pima had attempted to get a recruit through a police academy last year to fill the spot, but the recruit was injured on the first day and had to drop out.

Without having the revenue to lure officers from other jurisdictions, the PPD was in a similar situation in November 2013, when then Sgt. Stirling Shupe resigned from his position. After not being able to locate current officers to work at the department, Pima sponsored two recruits through the academy but both failed to complete the training.

Ellsworth filled the void but then he too left for employment with the Graham County Sheriff’s Office.

“He (Shelton) is awesome with our citizens,” Cauthen said. “He doesn’t put himself above anybody. He’s just what we needed.” 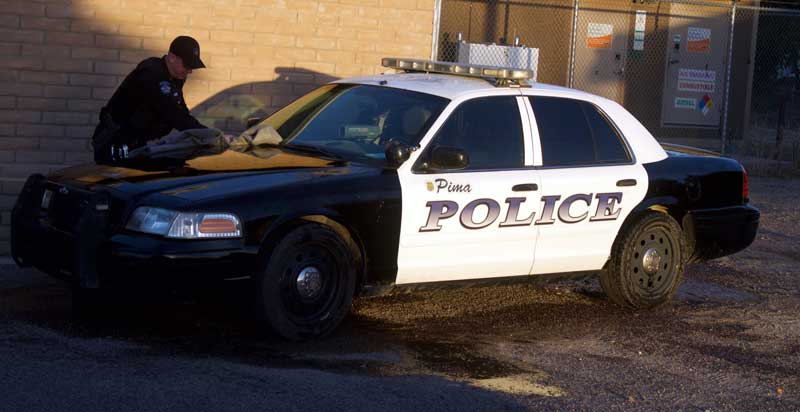 In other police news: