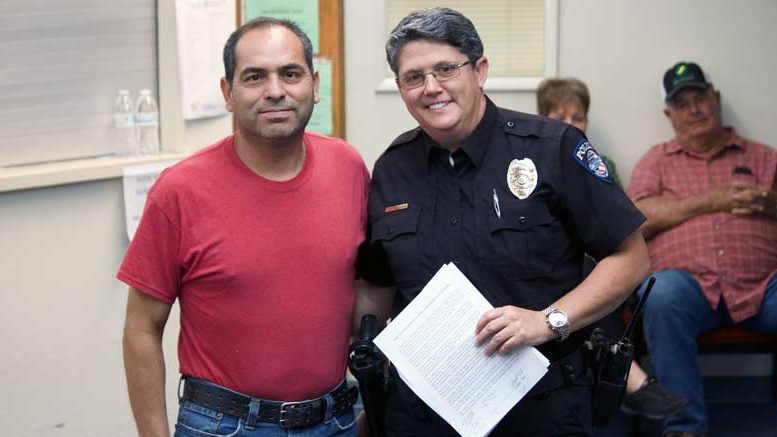 PIMA – While the merry-go-round that is the Pima Police Department continues to go round and round with officers coming and going, one mainstay has helmed the ship through turbulent waters for the past eight years.

Pima Police Chief Diane Cauthen was recognized for her outstanding work ethic by the Graham County Board of Supervisors on Monday and followed that up with an encore recognition by the Pima Town Council at its Tuesday night meeting.

Cauthen began her tenure with Pima as a part-time reserve officer in September 2004, after graduating from the Eastern Arizona Police Academy at Eastern Arizona College. She was hired on as a full-time officer in 2006, and was named the town’s first female police chief in February 2009, after former chief Jeff McCormies left to become the Graham County Undersheriff. 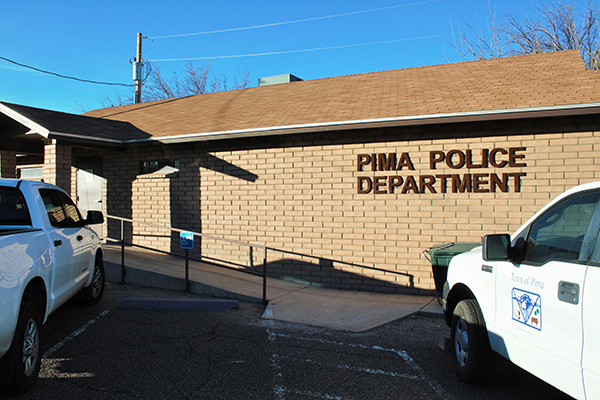 When she first became chief, she downplayed the significance of becoming the town’s first female top cop.

On Tuesday, Pima Councilor Jesus “Chuy” Cabrera read a letter of recognition that was previously read by the Board of Supervisors to begin the acknowledgement.

“For the heavy burden she carries, for the leadership she displays and for the example she provides to her officers, Chief Cauthen is recognized for her service to Pima,” Cabrera read. “The residents of Pima frankly express their gratitude for having a police chief with such character enforcing such standards in the small, rural and underfunded community of Pima.”

After reading the letter, Cabrera recalled a personal moment he previously had with Chief Cauthen several years prior when his son was involved in an automobile accident.

“The first person I saw was (the) chief,” Cabrera said. “It was a very stressful time and we didn’t know if my son was going to survive. But she (Cauthen) acted professionally and I never got to thank you for helping me through that hard time.”

Other parts of the letter acknowledges Cauthen’s difficult task of managing a department that seems to nearly constantly be in flux with officers getting their feet wet and then moving on to more lucrative pastures while Cauthen is forced to bring in new green recruits or bring back old timers who have been out to pasture to lend a hand where needed.

“It’s a part of the seasoning,” Cauthen said. “It seems like when we get them just about ready to get them off the grill they leave.”

Indeed, the council was informed that Pima Officer Jason Ellsworth announced his resignation effective June 19 as he has accepted a position as a deputy with the Graham County Sheriff’s Office.

Pima will be short one officer as it attempts to put Graham County Dispatch Operator Jason Shelton through a police academy starting July 10. The academy runs for about four months, according to Cauthen, and she expects to see Shelton in uniform in November. Shelton previously worked as a detention officer at the Graham County Jail as well.

Ellsworth was Pima’s last successful recruit and graduated from the police academy in August 2014. Previously, Pima had two cadets fail to complete training in 2013 and another who had to drop out due to injury in 2016.

Help will come in the form as new reserve officer and longtime area paramedic Gary Graves, who joins reserve officer Preston Magby to round out the force, and Cauthen remains optimistic about the town’s future employment areas.

“I think with the changes that’s happening with the town, I think we’re going to have a lot more happy employees, I really do,” Cauthen said.