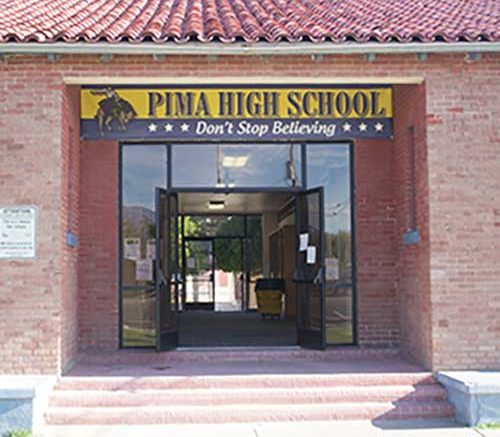 Parents received word of children back in the classroom via a letter from Superintendent Sean Rickert on Tuesday.

“This is not a decision I have made lightly,” Rickert said. “From day one, my top priority and my first concern has been to balance the need to provide a quality education for every child with the need to do so in a safe environment. At this time, that means returning to on-campus school.”

He said that more than 90 percent of parents the district surveyed during the summer “indicated that, with the mitigation efforts in place that were outlined in the district’s plan, they want to send their children back to school.”

Thatcher Unified School District’s first day of school is Monday, Aug. 17, and on Thursday, Aug. 13, the district’s governing board will be asked to decide if classes will be conducted in-school or online.

Last week, the Arizona Department of Health Services issued recommended guidelines for the re-opening of schools, including that there should be minimal spread of the COVID-19 virus in a community before a school is re-opened.

According to the Department of Health Services coronavirus dashboard, Graham County has a rate of cases of 1,442.5 per 100,000 population and a 9.5 percent positivity rate.

“We are on the downhill, which is not mentioned on the benchmark. But these numbers were reported to the superintendents during a meeting I had with them on Monday,” Douglas said during a recent appearance on Voice of the Valley.