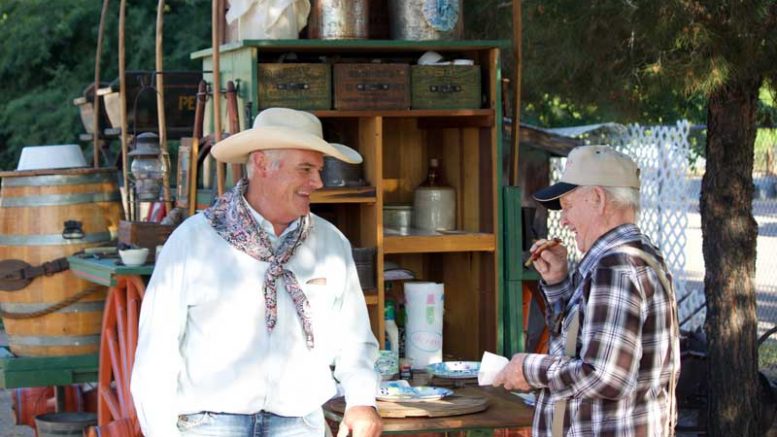 PIMA – People came from far and wide back to Pima over the weekend to celebrate their pioneer heritage and the 138th anniversary of the town.

It was a knee-slapping good time at the 23rd annual Pima Heritage Days sponsored by the Eastern Arizona Museum & Historical Society. The two-day event, including a barbecue dinner Friday night and cowboy breakfast Saturday morning, is one of the bigger fundraisers for the museum. 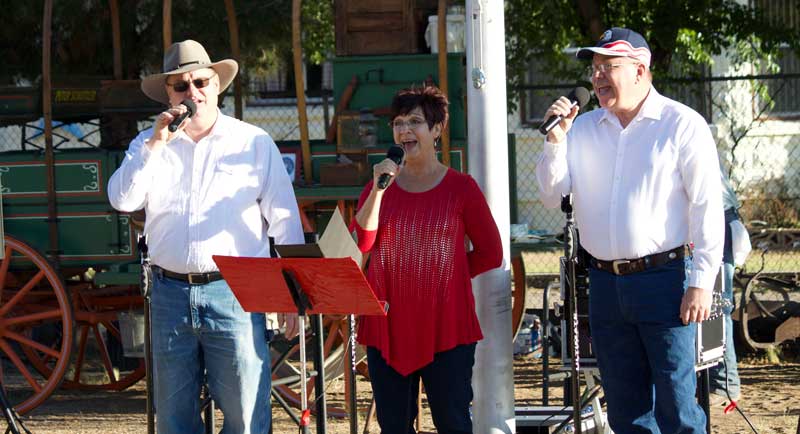 The evening began with a rib-sticking barbecue dinner Friday night at the Pima Schools cafeteria that featured slow-cooked beef and homemade root beer. 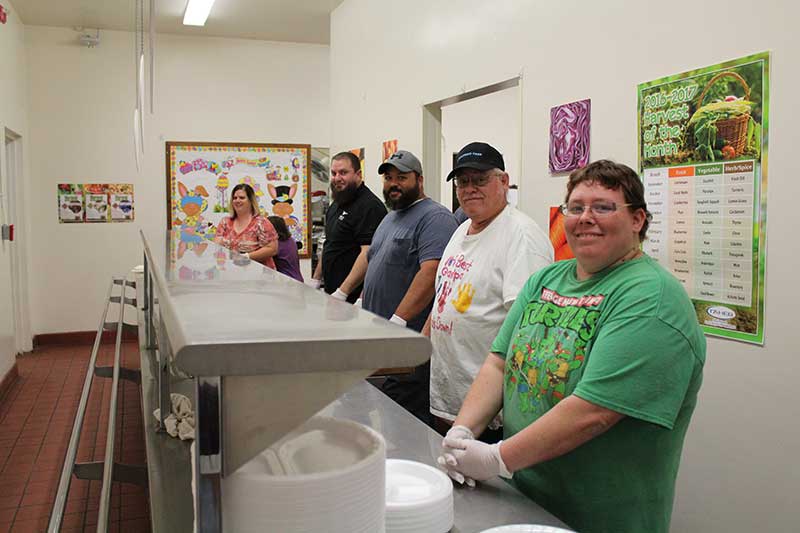 Photo By Brooke Curley/Gila Valley Central: Volunteers get ready to sling the meat at the barbecue dinner.

The following day, curator Edres Barney said she was pleased with how things were shaping up Saturday morning.

“The weather is perfect; the line (for food) is long, everything is great,” she said.

Attendees were serenaded by the musical group “Tribute”, consisting of members Joe Goodman, Sharon Watson and Steve Piipo, before and after getting their grub. The group was without member Jeff Skiba, who was ill and couldn’t make the gig. 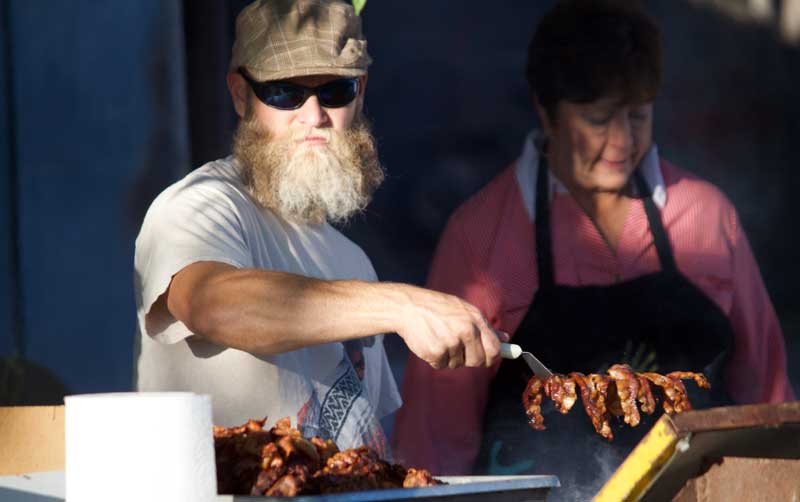 After a flag-raising ceremony and Tribute’s regular patriotic mashup and National Anthem, the cowboy breakfast, headed up by Scott and Joyce Alder with assistance from Nick Bingham, Russell and Jonnet Woods and Shawn Wright, was served. The breakfast consisted of pancakes, eggs, bacon, and homemade Dutch-oven cooked biscuits with gravy. Tang and water helped wash down the grub.

Local competitive cooker Randy Hawkins was there with his chuck wagon making finger foods, including bacon wrapped asparagus that was tastier than one would think. The event also featured a raffle drawing, quilt show and the reading of the essay contest winners of “What My Heritage Means to Me.” 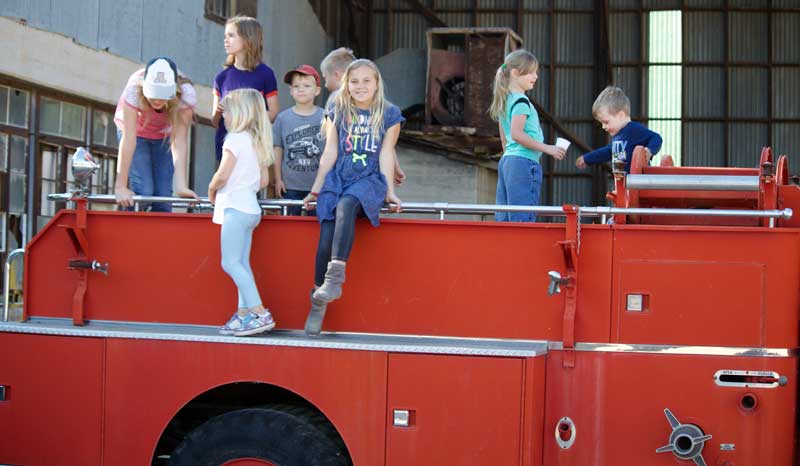 Sometime in the midst of it all, the Safford gunslinger group Shaunessy’s Shadows put on a skit in which the bad guys ended up full of lead. 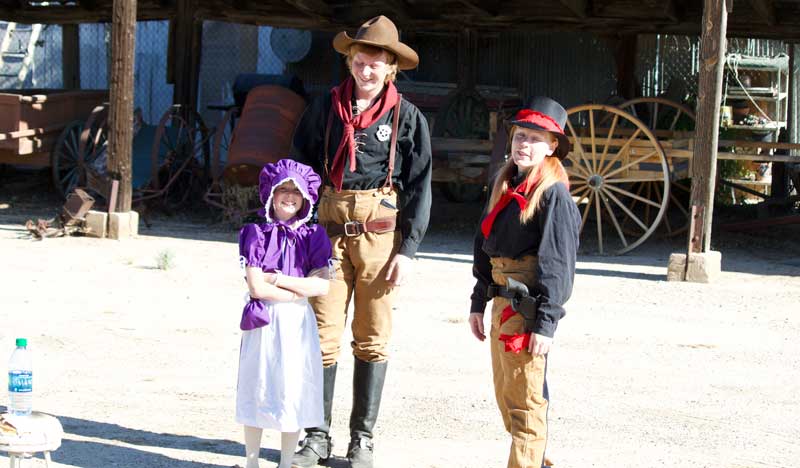