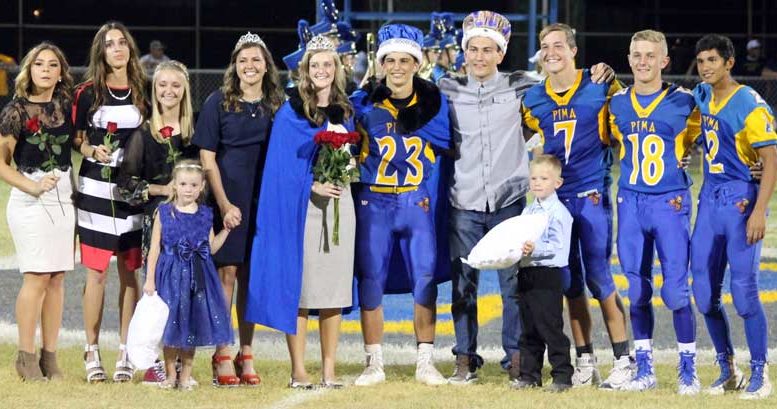 PIMA – The Pima High School Homecoming King and Queen were announced at halftime of Pima’s homecoming game Friday night. After a vote by the student body, senior McCall Thygerson was elected queen and senior Aaron Judd was named king. 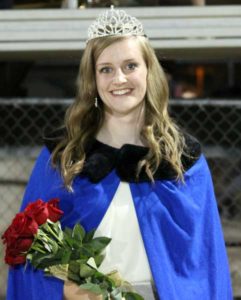 McCall is the daughter of Troy and Leann Thygerson and has been very involved with various activities while attending PHS. McCall played basketball and volleyball all four years of high school. McCall was also a member of the National Honor Society, was involved with Link Crew, played tennis and sat on both the seminary and student council. After graduation McCall plans to attend college, find the man of her dreams and raise little athletes.

Homecoming King Aaron Judd has also been extremely busy while attending Pima. Son of Troy and Jody Judd, Aaron has also been very involved with student life over the last four years. Aaron played basketball for two years as well as sitting on student council for two years and playing football all four years of high school. It is worth noting that Aaron had just scored a touchdown for the Roughriders moments before being named king. Aaron plans to serve a full-time mission for the Church of Jesus Christ of Latter-day Saints after graduation. He then plans to attend college, marry and have a successful career. 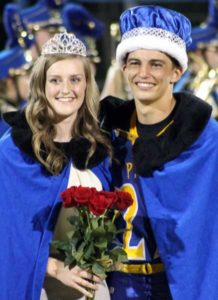 The competition for both king and queen was extremely tough this year. Also nominated for queen were Mattie James, daughter of Tom and Heidi James; Jessica Sherwood, daughter of Matt and Kim Sherwood and Derrikkia Sweet, grand-daughter of Linda Damron. All the nominees were extremely busy and accomplished in their time at Pima High School.

The other nominees for king included Justin Alder, son of Joseph and Marlo Alder; Bradyn Brown, son of Blain and Kanani Brown and Dillon Jones, son of Sam and Rane Jones. All four nominees for king play on the football team and all were in full pads as the king and queen were announced. 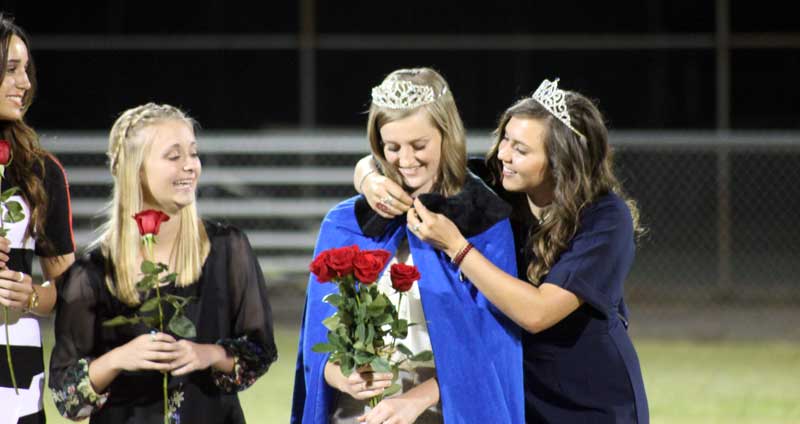 While there can only be one king and one queen, all the nominees are outstanding young men and women who are wonderful representatives of their friends, families, and school. All eight of these remarkable seniors make the community proud and have proven to be wonderful examples of the caliber Roughrider students.