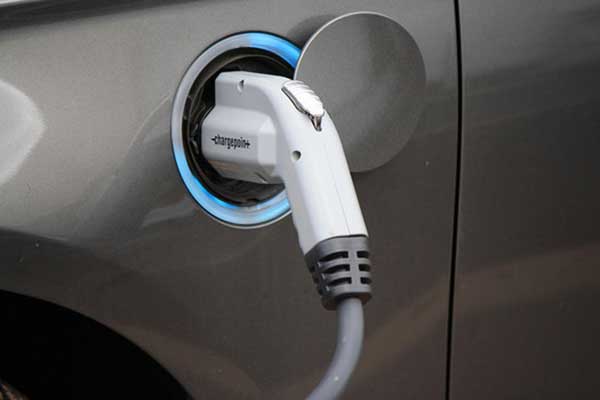 PHOENIX — The city of Phoenix has four new electric vehicles in its municipal fleet, and could invest in many more. Phoenix is one of several cities around the country that has committed to combating climate change through the Climate Mayors coalition.

“Cities are interested because electric vehicles are kind of a solution to pollution,” Hartman said. “They’re a really great opportunity to really address local air quality and many effects on cities. ”

Hartman said electric vehicles also could save taxpayers money, since the city won’t have to spend as much on fuel. He said if all goes well with the first few electric vehicles in the city’s fleet, there are more than 2,000 other vehicles Phoenix potentially could replace with low-emissions cars.

Helen Clarkson is CEO of the Climate Group, which is leading a larger, global effort to eliminate tailpipe pollution and transition to clean electric vehicles. She said dozens of countries, cities and businesses have been investing in electric vehicles in recent years. And manufacturers are taking note.

“When you aggregate that, put it all together, you really get a strong market signal to the automotive companies to say that this is what your customers want, and to ask them to start signaling when they’re going to start the endgame of the combustion engine,” Clarkson said.

The 20 U.S. cities and 2 counties involved in the new Climate Mayors Electric Vehicle Purchasing Collaborative have so far committed to purchasing nearly 400 electric vehicles for municipal fleets. And that number is expected to grow.