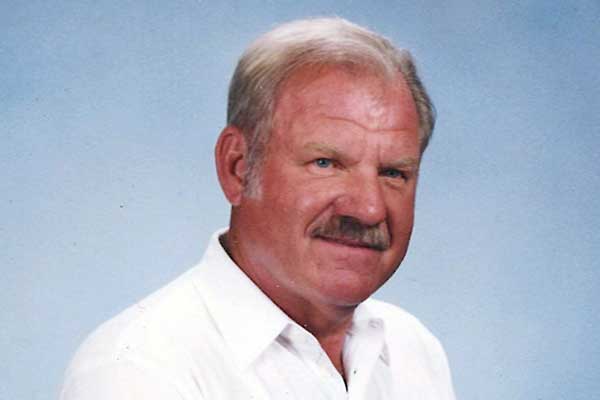 Phil Jay Curtis entered into eternal rest on November 23rd, 2021, surrounded by his loved ones at his home in Thatcher Arizona, he was 87 years old.

Phil was born on July 21, 1934, in the Curtis family home on Church Street in Thatcher.  He was number 8 of 9 children to Cleveland and Eunice Nelson Curtis.  It didn’t take long for him to be immersed into the world of agriculture.  As a boy growing up, taking care of chickens, milking cows, and slaughtering pigs was just a way of life for Phil, as well as helping with the garden and lawn.   After graduating from Thatcher High School, Phil attended Eastern Arizona Junior College and then moved to Tempe to attend Arizona State University.

Phil married Nancy Grasmoen on August 20, 1954. They started a family and welcomed David (Carrie) Curtis, Diane (Steven) Junion, Lisa (Tony) Clifford, Jennifer Cortez, and Jay Curtis.  Phil graduated from ASU with a Bachelor of Science degree in Agronomy and in 1957 while the family was living in Welton AZ, he had the opportunity to follow his passion of agriculture when his older brother Carl offered a partnership on their Uncle Ed Hoopes’ family farm in Safford.  Phil jumped on the offer to start farming and moved back to Graham County some 65 years ago and became dedicated to supporting local agriculture.  Phil and Carl were the first farmers in the Gila Valley to use a notched ditch for crop irrigation.

Phil served multiple times on the Farm Bureau board including serving as President of the Graham County Farm Bureau.  He had many memories of meetings and dinners but in particular remembers the dinners put on for the State Legislators.

Phil also served the community as a life member of the Elks Lodge helping award 100’s of scholarships to local youth and as a longtime leader in the Boy Scouts of America.  He remembers sharing his knowledge of agriculture with the scouts and one of his favorite memories was taking a large group of scouts in 1969 to the National Jamboree in Idaho.  Phil was the leader of several boys that included a few nephews, this is where he seemingly became Uncle Phil to all the boys, a titled that has carried on throughout the years.  Little did he know that many of these great young men would grow up to be leaders in the community and in the local agriculture scene.

Phil also got involved by volunteering with the Graham County Fair Association.  For almost 65 years he served and donated thousands of hours of his time to something he felt strongly about.  Phil served as a member on the governing board for the Graham County Fair Association, he served a time as Vice Chair and then Chairman of the board for 25 years.  He also spent almost 55 years as the supervisor for the Agriculture and Field Crops department at the fair and became a familiar face for those who attend.  Phil was always looking for new facts and information to share with fair goers about agriculture and loved to see people’s reaction as they demonstrated the Mini Cotton gin that they were able to display.

Phil married Johanna Smith on January 18, 1980, where he gained Shaun (Gwen) Jensen & Kristi McQuillan. Phil and Johanna later welcomed Samuel (Emily) Curtis and Kasandra (Joshua) Dahl. During the early years Phil managed Curtis Equipment.  With two consecutive years of 100-year floods in the Gila Valley and strikes at the International Harvester manufacturing plant, the Equipment business closed.  It was at that time that the Union Canal needed a watermaster.  Phil worked for the Gila Valley Irrigation District as the watermaster for close to 35 years.  He built ditches and weirs, allocated water to the farmers and local landowners. He helped with fallen trees, burned weeds and brush, and much more.  Phil was never one to ask for help but was always one to give help to anyone in need.   For the last few years, Phil worked for the Town of Thatcher, he was the “truck shuffler” as he would say.  He was also in charge of the towns burn pit; a job that took precedence over anything else. There was never a day during the last month of his life he wouldn’t ask to drive out to check on his burn pit.

Phil was preceded in death by his parents Cleveland and Eunice, and his siblings, Carl, Maurine (McEuen), Dean, Clara (Bennett), Alden, Bruce, and Gary.

A viewing will be held from 5-7 p.m. on Thursday, December 2nd, 2021 at The Church of Jesus Christ of Latter-day Saints, Church Street Chapel.

Funeral services will begin Friday December 3rd, 2021 at 11 a.m. at the The Church of Jesus Christ of Latter-day Saints, Thatcher Stake Center, with a viewing prior beginning at 10 a.m.