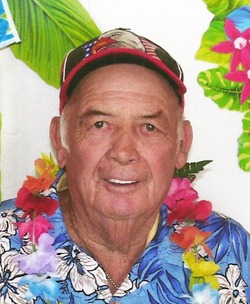 He moved to Arizona in 1943, where he attended Thatcher Schools and graduated in 1956. During his high school years he was passionate about basketball where he played all four years and continued to love the sport.  He served in the Marines from 1957 to 1959 and did active duty and left in good honors, good conduct and was a marksman.

In 1962 he married Lillian Alvarado and they raised 5 kids. Patracinio worked at Eastern Arizona College in the maintenance department from 1963 to 1982. He then moved to Phoenix to work for Arizona Game and Fish Department from 1983 to 1987 where he retired.

Patracinio loved off track betting and enjoyed his lottery tickets and the casino. He loved watching sports and especially enjoyed watching his grandkids who were all athletic.

He is survived by his sons; Patracinio Jr, Armando (Claire), Alex (Jami), and Sam, and daughter Monica. He has 20 grandkids and 5 great grandkids who are all going to miss him dearly.  He is also survived by little brother Emilio (Rosemary).

He was preceded in death by his parents Ysidro & Juanita, brothers, Samuel, Frank and Hiliario, and sister Lenore.

Refreshments will be at the St. Rose of Lima Church hall following interment.

Services are under the direction of McDougal’s Caldwell Funeral Chapel and Crematory.  Online condolences may be extended at www.caldwellfuneralchapel.com.