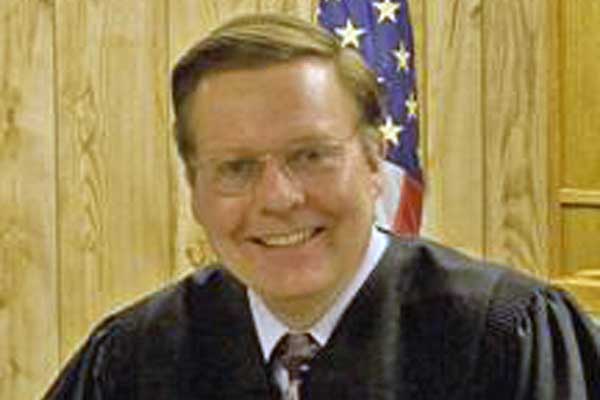 SAFFORD- When one adventure ends, another begins. Judge Corey Sanders is set for retirement, but that’s only the beginning of his plans.

Graham County Superior Court Judge pro tem D. Corey Sanders is set for retirement, to be succeeded by Travis Ragland. Gila Valley Central contacted Judge Sanders, to get an update on what’s new, what’s next, and what Sanders is looking forward to in retiring.

“I’m excited. It’s a been a great fifteen years almost and I’m excited. I’ve looked forward to it and I think Judge Ragland is going to do a great job,” Sanders said. “I’m hoping to be able to volunteer with the juvenile probation people, (and) I have some ideas to help the kids that have been suspended or expelled from school who may not have the resources or self discipline to get a GED or not able to go  go to the traditional school, or online, (and hope) to help them with GED preparation, so I’m hoping to do some work there.”

Currently, Sanders is in charge of a small group of local individuals focusing on self reliance, and business. Sanders told Gila Valley Central that his involvement in the group has been fulfilling.

“I’m going to be doing some volunteer work. I’m facilitating a self reliance group right now. We get together and we talk together about business ideas, how they can start and grow their ideas,” Sanders said. “I’m involved with a group of eight or nine other people, and we work on those types of things, kind of helping each other with our business goals and that is rewarding.”

During Sander’s 15 year career, he was one of the instrumental individuals who brought new blood into the courtroom. Sanders told Gila Valley Central how he played a part in the upward trajectory of Judge Micheal D. Peterson’s law career.

“Back when Judge Holt was here, Judge Peterson’s wife knew Judge Holt from Tucson, and when he was getting ready to graduate from law school in Texas, they came and visited with him and Judge Holt said, ‘Wow you should go be partners with Corey Sanders, he needs a partner’. I didn’t at the time, but he came on anyway, and so we started a partnership,” Sanders said. “We worked together for a little while, not really that long, maybe three years or so, and then this job opened up and I applied for it in 2003. When I came over here, Mike Peterson, now Judge Peterson, he got into partnership with Travis Ragland. We are kind of like three generations of judges now out of that law office. It was really quite interesting, we all got along quite well together over the years.”

After reflecting over the years past, Judge Sanders told Gila Valley Central that his job as a judge has been an adventure, but he hopes for many more. One such adventure he plans on is to serve a mission for the Church of Jesus Christ of Later-Day Saints with his wife.  However, he also intends to become more active in the local service scene as well.

“Eventually, we’re hoping to be able to serve a mission for my church and go someplace out in the world and have an adventure. We’re really looking forward to that. We like adventures. I think we’re ready for another adventure,” Sanders said. “There’s so many needs in the community. I’m hoping to get into justserve.org, and look up some volunteer opportunities. I hear we have quite a few places where people can volunteer. I know a lot of people, and I know the needs are great, and  I know that everybody is looking for an extra pair of hands to help out.”

Judge Sander’s last day is March 30, and his last day at the magistrate court was February 2. Travis Ragland is set to take Sander’s place, and has been slowly taking up the excess work that is overflowing on Sander’s calendar.

“Travis is officially going to start, although he’s already been working part time as a pro tem judge,” Sanders said. “Travis is officially going to start, he’s already building into my calendar. My calendar is packed from now until the end of March. People are needing hearings, so he is coming in and taking some of those a little early too. It’s going to be a great thing, it will be a really smooth transition I think.”