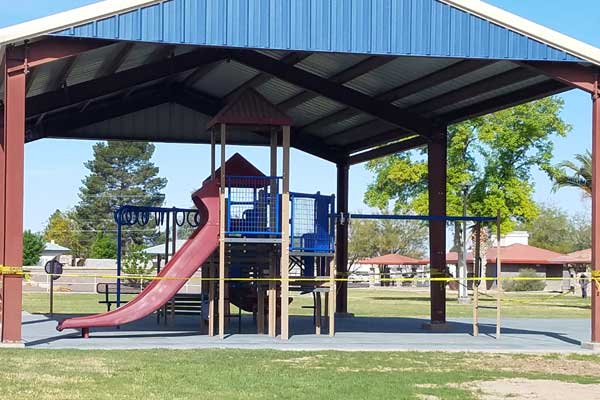 SAFFORD – Late Friday, Gov. Doug Ducey amended what is considered essential to remain open and accessible during the COVID-19 pandemic, expanding the list of businesses and amenities closed to the public.

In his latest announcement, Ducey said that beauty salons, barber shops, tattoo parlors, tanning parlors and spas are now closed to the public.

Also Friday, Walmart announced it is now limiting the number of people in each of its stores to no more than five customers for every 1,000 square-feet of store space, and was closing all entrances to the store except one, the grocery entrance.

Also starting this week, Walmart will institute one-way movement through aisles, with associates directing customer traffic inside the store.

Bashas’ hasn’t implemented limits on the number of shoppers, but it has announced it has suspended its salad bar, full-service meat case and donut Fridays, as well as closed public seating in the dining and Starbucks areas.

There have been 2,456 positive cases of COVID-19 in Arizona, with two cases in Graham County and one in Greenlee.

There have been 65 deaths.