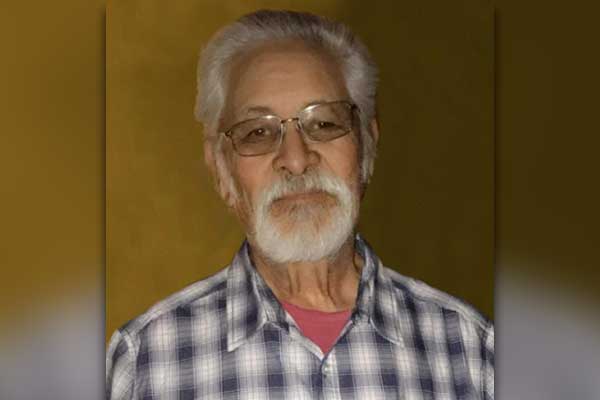 Pablo G. Villalba, affectionately known as Smokey, was born April 2, 1948, in Virden, New Mexico, to Camilo and Ramona Villalba. He was the 6th of 13 children. When he was 7 years old his family moved to Safford where he would stay living until his passing on March 5, 2020.

Smokey married the love of his life, Hermila, on December 16, 1967, and they were then married through the church on February 20, 1972. Together they had and raised 6 children: Rudy, Paul Jr., Camilo, Josie, Ronnie, and their surprise, baby Savannah. Smokey also helped raise some of his grandchildren without hesitation. He had a deep and unconditional love for his family.

Smokey worked for the Union and then went into farming where he worked for many local farmers. He worked for Haralson’s farm up until June of 2019. It was a rough few months after, as he was not used to being away from work. You would also often find him outside finding something to do. He loved his job and the farm family but unfortunately, he was diagnosed with liver cancer in December of 2018. He fought a courageous battle for 15 months.

In his spare time, you would more than likely find him at the fairgrounds or wherever his grandkids were playing sports. In his younger years he played and coached coed and also coached little league for 30+ years. He also umpired all of the leagues and enjoyed it. He loved the outdoors especially if he was in the company of his family.

Smokey is survived by: his children, Rudy, Junior, Porky (Teri), Josie (Gallo), Ronnie, Savannah, Zayden and Zaydriannah; 18 grandchildren; 53 great-grandchildren and 1 on the way; his brothers, Moe, Pancho and Larry; his sisters, Sally, Anna and Nikki; many nieces and nephews and many friends.

He was preceded in death by: his wife, Hermila; his grandson, RJ; his parents, and siblings.

Smokey was well known and liked in the community and he will be missed.

A Mass of Christian Burial for Smokey will be celebrated Friday, March 13, 2020, at 11:00 a.m., at St. Rose of Lima Catholic Church by Rev. Nicodemus Shaghel. Committal will follow in the Safford Cemetery.