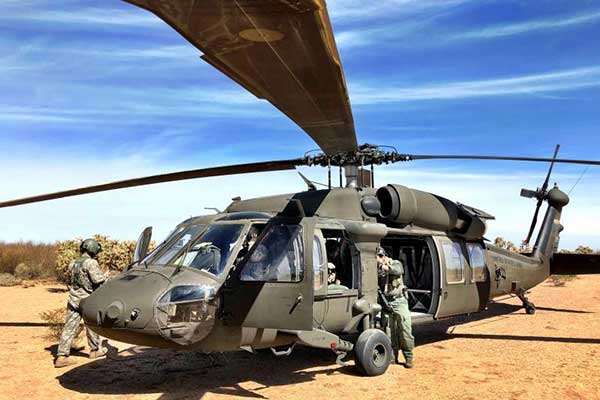 Agents were traveling behind a Chevy Tahoe on State Route 286 near Sasabe, when the 24-year-old female driver made an abrupt u-turn south of the Immigration Checkpoint, pulled off the roadway and stopped. All passengers exited the vehicle and ran in different directions.

A Blackhawk providing aerial surveillance immediately landed and deployed additional agents and a canine to help search for the outstanding subject. Agents found five people attempting to hide, who were all illegally present in the United States.

Three Guatemalan nationals and two Mexican nationals, ages 19 through 38, were arrested and will be processed for immigration violations. The driver was arrested for alien smuggling charges.

Tucson Sector agents are responsible for 262 linear miles of the Arizona border with Mexico. The vast desert environments and rugged mountainous terrain creates a challenge for agents on foot.  Assets, such as the Operation Guardian Support aerial transport capabilities, serve as additional resources vital to border security.

Customs and Border Protection welcomes assistance from the community. Citizens can report suspicious activity to the Border Patrol by calling 1-877-872-7435 toll free. All calls will be answered and remain anonymous.