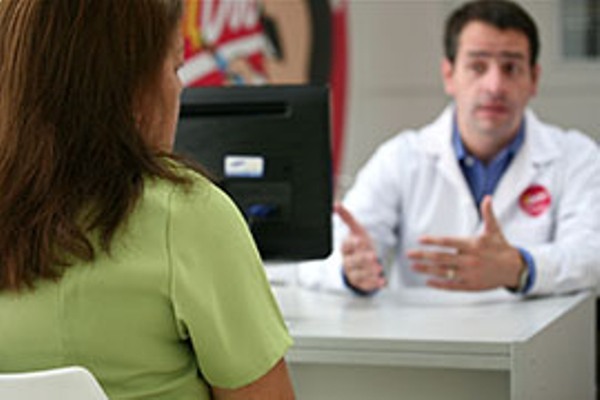 Enrollment for Affordable Care Act coverage – Obamacare – for 2019 runs from Nov. 1 to Dec. 15, with potential customers in Arizona seeing more choices and lower prices, on average, than they did during open enrollment last year. (Photo by Alex Proimos/Creative Commons)

WASHINGTON – Open enrollment began Thursday for health insurance under the Affordable Care Act, with most Arizonans seeing more choices and better prices, a sharp change from recent years when the state was the poster child for Obamacare problems.

The Department of Health and Human Services said five companies will offer 18 qualified health insurance plans in Arizona for next year, with premiums on average expected to be 10 percent lower than this year. Open enrollment runs through Dec. 15.

Those improvements will mostly be concentrated in urban areas of the state. Residents of rural counties will have fewer companies to choose from and prices may actually go up in some places.

But experts say the market appears to be finally settling down and consumers in the state should not see the swings that led President Donald Trump to hold up Arizona as “ground zero for everything that was wrong with the Affordable Care Act,” in the words of Swapna Reddy, clinical assistant professor at Arizona State University’s College of Health Solutions.

That began this year, Reddy said, when “Arizona actually ended up becoming one of the most stable insurance marketplaces.”

It’s a change from 2014, the first year of the ACA marketplace, when HHS said there were 10 insurers competing to offer more than 100 qualified health plans. Prices were low and competition was high, causing a shakeout that left the state by last year’s open enrollment with just two or three insurers – fewer in rural counties – offering only five plans, according to the HHS.

That led to the 117 percent increase in premiums in the state in 2017, highest in the nation and a frequent target of Trump’s.

“We had all these insurers, the premiums were very low, then the premiums spiked drastically and we lost so many of the insurers,” Reddy said. “So, this is not good for consumers.”

While prices have stabilized, they are still 134 percent higher than the low opening-year premiums of 2014, but experts say they think enrollment will stabilize along with the market this year. After peaking at 205,666 patients in 2015, Arizona enrollment fell to 165,758 this year, a number that is expected to stay level in 2019.

“About in the beginning (of ACA) roughly 200,000 people purchased plans from healthcare.gov,” said Allen Gjersvig, director at the Arizona Alliance for Community Health Centers. “In recent years, we’re seeing nationally the uninsured rate to start to increase again and I believe it’s related to the rhetoric around repeal and replace.”

Republicans in Washington have tried unsuccessfully for years to repeal Obamacare, a 2012 law that requires people to carry health insurance or pay a penalty on their taxes. But the law expanded Medicaid eligibility and included tax rebates for lower-income individuals to make coverage affordable.

The law also included a number of popular provisions, including requirements that insurers grant coverage to people with pre-existing medical conditions and allow children to stay on their parents’ plans until age 26.

The Trump administration has taken several steps to rein in the law, such as reducing advertising budgets and enrollment periods, and relaxing rules to allow insurers to offer less-strict, short-term policies. And as part of a tax cut bill it passed last year, Congress weakened the mandatory coverage provision, leaving the future of the law in doubt.

Critics charge that the law has led to costly and impersonal coverage, but supporters say it has led to sharp reductions in the number of uninsured in the nation. Gjersvig said the uninsured rate in Arizona was over 20 percent before the law; the U.S. Census Bureau put that number at an 10.5 percent in 2017, still higher than the national uninsured rate of 8.7 percent.

Arizonans who go to the marketplace this year will see a number of providers offering range of options. Maricopa County customers will see four insurers offering policies that are, on average, 17 percent cheaper than this year. Pima County has three insurers offering coverage at premiums about 6 percent lower than 2018.

Blue Cross Blue Shield of Arizona is the only insurer offering coverage in other counties. Most will see lower premiums – a 25-year-old non-smoker purchasing a silver plan in Graham, Greenlee and Cochise counties, for example, will pay 8.6 percent less for the same coverage than this year, according to data from the Arizona Department of Insurance.

Apache and Navajo counties also had the highest uninsured rates in Arizona in 2017, at 24.7 percent and 13.5 percent respectively, according to the Census.

Even though rural residents face healthcare.gov premiums that are “significantly more costly than in the two large counties,” that does not mean their out-of-pocket costs must be higher, said Gjersvig.

“It’s possible that some people in the rural counties don’t understand that they would qualify for financial help, so that they could shop in the marketplace and end up with a very affordable plan,” he said.

Gjersvig said consumers can look for help and use resources available online or over the phone, which are offered in English and in Spanish.

“People don’t have to be experts. It is confusing and there are some new products available that will further confuse people,” he said.

Experts say shopping around will be even more important this year with the new, low-coverage policies that will hit the market. Reddy said the short-term plans, even though they are cheaper, may not always be a good choice.

One thing to keep in mind is that even though Congress weakened the individual mandate penalty, Obamacare is “still it is still the law of the land, it is still this huge umbrella-health legislation,” Reddy said.

“At the end of the day, this is not so much about liking the Affordable Care Act or not liking it,” she said. “There is not really a comparable other option in the market right now.”