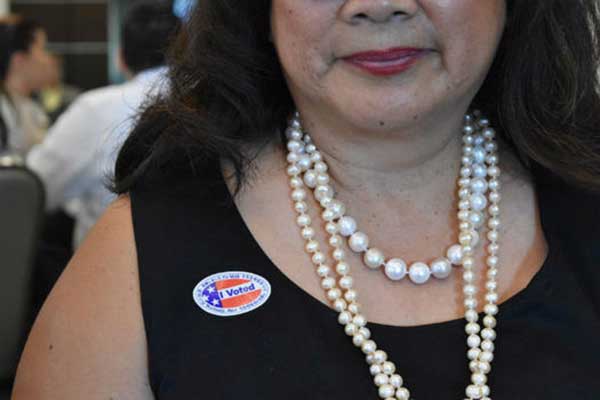 – Older voters in Arizona may determine the outcome of the November midterm election, and a new poll from AARP and Politico gives some insight into what concerns Arizonans over age 50 the most.

The poll shows more than 70 percent of Arizona voters over 50 want the federal government to lower prescription costs by allowing Medicare to negotiate drug prices.

A majority of 50-plus voters also say they would support a state income tax credit for people who work as caregivers for sick or aging loved ones.

Steve Jennings, associate state director of AARP Arizona, says this demographic will be looking for candidates who prioritize health-related issues.

“They want to be sure they have Social Security income, that they can cover their health care expenses, and that Medicare is there and solid when they need it,” Jennings states.

Jennings adds the majority of those polled say they don’t like the way Congress is currently handling health care issues.

The poll was taken this summer among more than 1,600 registered voters in Arizona.

Jennings says the poll focused on Arizona as a key player in the 2018 midterms. The state will have Senate, House and gubernatorial races on the ballot this year.

Arizona’s longtime red demographics are shifting to become more diverse. But on Election Day, the state’s oldest voters are still the most likely to show up at the polls.

“They are the deciders in every election, and if candidates want to win, they’re going to have to stand up for what 50-plus voters want, because those voters are going to turn out in force in this election,” Jennings states.

According to the U.S. Census Bureau, 72 percent of eligible Arizona voters age 65 and over cast ballots on Election Day in 2016, compared to 60 percent of the general population.