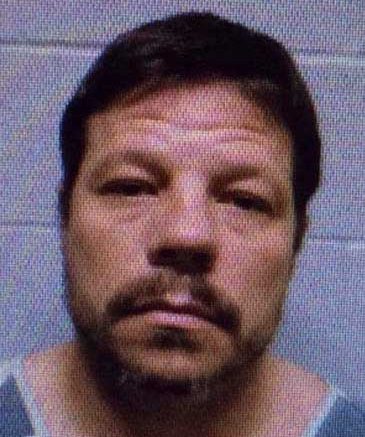 LEEDEY, Okla. (AP) — A weeklong manhunt for a suspect in a string of violent crimes, including the killing of two relatives, the shooting of three law enforcement officers and multiple carjackings, has ended in a police chase and shootout that left the man dead in western Oklahoma.

Authorities believe Michael Dale Vance Jr. posted two Facebook Live videos Oct. 24 documenting his run from police, although he had been silent since then. An Oklahoma state trooper shot and killed Vance late Sunday near Leedey, 130 miles northwest of Oklahoma City and 45 miles north of where he was last seen a week earlier.

Earlier Sunday, Vance shot and wounded Dewey County Sheriff Clay Sander after Sander stopped a flatbed truck to warn the driver about a chain dragging behind it, Oklahoma State Bureau of Investigation spokesman Jessica Brown said in a statement.

“The driver of the truck stopped and exited the vehicle shooting an assault rifle,” Brown said. “The sheriff was shot in the shoulder and arm as he returned fire.”

Officers pursued Vance for about half an hour when he was approached by an Oklahoma state trooper.

“There was an exchange of gunfire between the state trooper and the subject, and the subject was killed,” said Dave Turk, a spokesman for the U.S. Marshals Service in Washington, D.C., which participated in the manhunt.

“We pinned him down,” Adams told The Oklahoman newspaper. “He’s dead … It was an extremely good job of police work by every agency involved.”

Sander underwent surgery Monday morning and is recovering from his injuries, which are not life threatening, said Dewey County office deputy Judy Junkins.

Adams said the authorities were tipped off to Vance’s whereabouts by a farmer who spotted a vehicle in his field that matched the description of the car the fugitive was thought to be driving.

Highway Patrol spokesman Capt. Paul Timmons tells Oklahoma City television station KWTV that authorities believe Vance had been camping in the area, but that he fled and was eventually shot dead by state troopers.

“From what I’ve been told, the vehicle was partially concealed by tumbleweeds and other brush in the area,” Timmons said, adding that authorities found clothing and evidence of a campfire at the scene near Hammon.

Vance was wanted on multiple charges, including two counts of first-degree murder. The hunt began after he shot and wounded two police officers on Oct. 23 in Wellston, 35 miles northeast of Oklahoma City, authorities said.

Vance, 38, was suspected of shooting a woman and stealing her vehicle at a mobile home park near Wellston, then driving about 8 miles to his relatives’ mobile home in Luther and killing them.

Ronald Everett Wilkson, 55, had been shot and had stab wounds to his neck “consistent with an attempt to sever his head,” an arrest affidavit said. Valerie Kay Wilkson, 54, had similar neck wounds along with defensive wounds on her arms, the affidavit stated.

Just days later, Oklahoma County Sheriff John Whetsel indicated to the AP that authorities were at a loss as to where Vance might be, saying he “could be anywhere from California to Mexico to Florida.”

Whetsel has described the deaths of the Wilksons as a “rage killing” and said Vance had likely developed a list of potential targets connected to a pending sexual assault case filed against him. Vance had been scheduled to appear in court on Nov. 7 to face felony child sex abuse charges after a 15-year-old girl accused him of sexual assault.