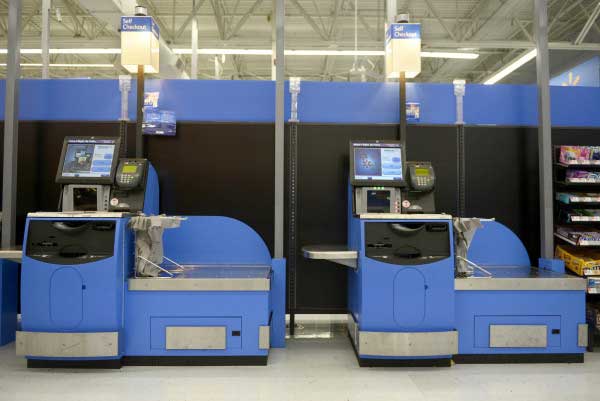 SAFFORD – An officer was dispatched to Walmart on Saturday afternoon in reference to money that had been taken after it was accidentally left at a register.

When the officer spoke with the woman who had used a self checkout station, she reported that she requested $60 cash back from her debit card. She completed her transaction, retrieved her receipt, but forgot her money and left the store. When the woman remembered that she had not gotten her money, she went back  inside to check the station but the money was not there. The woman then proceeded to ask Walmart workers if anyone had tuned in the money but she was informed that no one had. The woman requested Walmart workers to check the store cameras to see who took her money. She was advised that they cannot let her view the cameras without Law Enforcement present, so she called the police department and requested help with the situation.

The officer reviewed the video camera footage and saw a man take the money from the money dispenser, show it to a female he was with and then put it in his pocket and leave the store. He did not attempt to give the money to any Walmart employee. Authorities worked with the Asset Prevention Officer and other Walmart associates to identify the person that took the money, as well as provide a phone number to contact the man. After the officer reported back to the woman what he found out, and asked what she would like to do, she stated that she would just like her money back.