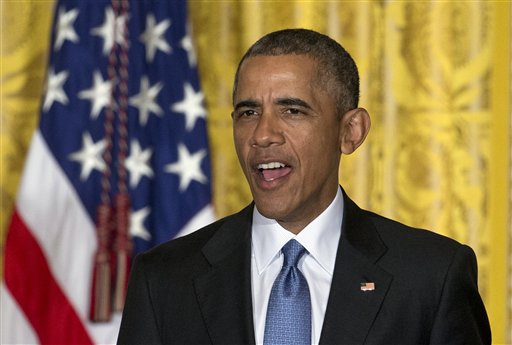 President Barack Obama speaks to mayors from around the country, Thursday, Jan. 21, 2016, in the East Room of the White House in Washington. They visited the White House as part of the Winter Meeting of the U.S. Conference of Mayors in Washington this week. (AP Photo/Carolyn Kaster)

WASHINGTON (AP) — The federal government is investing more money this year to help local governments improve their water systems, and about $80 million will go to Michigan, President Barack Obama told the nation’s mayors on Thursday.

The city of Flint, Michigan, has generated national attention because of high levels of lead in the water supply. The city’s water source had been changed from Detroit’s water system to the Flint River in a cost-cutting move and the water was not properly treated to keep lead from leaching into the supply.

Obama said the additional money came as a result of the bipartisan budget agreement that Congress passed in December and that it will be available by the end of next week.

Michigan Gov. Rick Snyder has asked that Obama approve a federal disaster declaration to help bring in millions of dollars more to address the problem. Instead, Obama declared an emergency rather than a disaster, qualifying the city for $5 million. The White House concluded that disaster money is intended for natural events such as fires or floods. In an appeal letter, Snyder called the decision a “narrow reading.”

Obama told the mayors that he had met with Flint Mayor Karen Weaver earlier in the week. He described the problem in Flint as an “inexcusable situation with respect to the drinking water there.”

“Our children should not have to be worried about the water that they’re drinking in American cities,” he said. “That’s not something that we should accept.”

Obama spoke to members of the U.S. Conference of Mayors. Members were at the White House as part of the group’s annual winter conference in Washington.