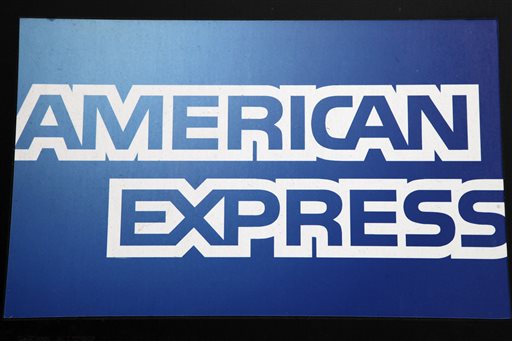 NEW YORK (AP) — American Express plans to trim $1 billion in expenses over the next two years as it deals with the impact of the strong dollar and fierce competition for its cardholders.

Its fourth-quarter profit declined 38 percent from a year ago, and its shares dropped 4 percent in after-hours trading.

The New York company has had an unusually dramatic year. In February 2015, warehouse chain Costco said it would end its 16-year exclusive arrangement with AmEx, changing its credit card acceptance over to Visa and changing its co-branded credit card to Citigroup. Only a few days later, the U.S. District Court Judge ruled against American Express in a closely watched antitrust lawsuit.

The ongoing strength of the U.S. dollar makes any revenue earned abroad worth less when brought back into the U.S.

To add to the difficulties, American Express President Edward Gilligan died suddenly while on an airplane. He was largely thought as a potential successor to the company’s long-serving current CEO, Kenneth Chenault.

Given the upheaval, the strong dollar and that “revenue growth has not accelerated as we anticipated,” the company is “moving aggressively to streamline,” Chenault said.

In a conference call with investors, AmEx Chief Financial Officer Jeffrey Campbell said the company would be looking at cutting costs across the entire business, including total operating expenses, marketing expenses and promotions. Layoffs were not specifically mentioned, but AmEx executives said the cost cutting would be “aggressive.”

Removing one-time charges for restructuring and other costs, it earned a profit of $1.23 per share, topping the average estimate of 16 analysts surveyed by Zacks Investment Research, for $1.13 per share.

The U.S. credit and charge card division did have a relatively strong quarter. Its net income grew 20 percent to $799 million as revenue increased. Its customers spent more, the company raised annual fees on its cards and earned more interest income on customers keeping a balance on their cards.

American Express earns most of its income on the fees it charges merchants each time one of its customers uses his or her card. But aggressive competition from Visa, MasterCard and alternative payment providers like PayPal and Venmo has made AmEx look for alternatives. It has raised fees and interest rates on some of its products, going more for the type of income earned by more traditional credit card-issuing banks.

AmEx did provide some guidance on the sale of its Costco credit card business to Citigroup, saying the sale will close roughly mid-year this year. The company expects to earn about $1 billion on the Costco card sale, subject to change.

American Express Co. shares have declined almost 10 percent since the beginning of the year, while the Standard & Poor’s 500 index has dropped roughly 9 percent.