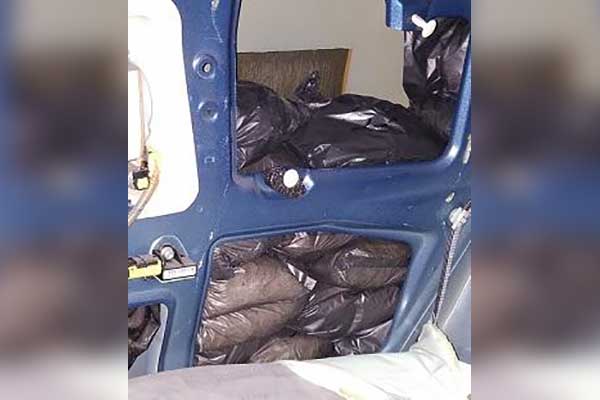 TUCSON, Ariz. –U.S. Customs and Border Protection officers at Arizona’s Port of Nogales apprehended a Tucson woman involved in a failed attempt to smuggle nearly 48 pounds of heroin and methamphetamine into the United States Friday.

Officers at the Dennis DeConcini Crossing referred a 23-year-old woman for further inspection of her Honda sedan after a CBP canine alerted to an odor it was trained to detect. Officers discovered more than 40 packages of drugs within the vehicle’s quarter panels. The drugs were identified as more than 13 pounds of heroin, worth more than $230,000 and more than 34 pounds of meth, worth nearly $103,000.

Officers seized the drugs and vehicle. The subject was arrested and turned over to U.S. Immigration and Customs Enforcement’s Homeland Security Investigations.