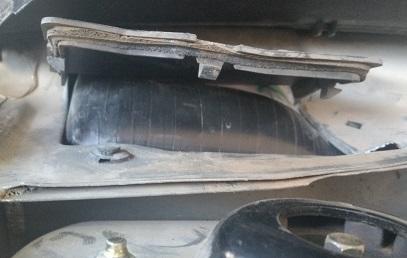 Officers at the DeConcini Crossing referred a 38-year-old male for further inspection of his Saturn sedan Friday afternoon. Following a positive alert from a CBP canine, officers seized more than 21 pounds of cocaine from the vehicle’s firewall, worth an estimated $239,200.

On Saturday, CBP officers at the Mariposa Commercial Facility referred a 65-year-old man for further inspection of the tractor-trailer he was driving into the United States from Mexico. A CBP narcotics detection canine alerted to an odor it was trained to detect, leading to the discovery of more than 364 pounds of meth, worth almost $1,092,300; six pounds of heroin, worth more than $100,000; almost 7 pounds of fentanyl, worth more than $95,000; and 6,000 suspected oxycodone pills, with a value of nearly $113,000.

The second seizure is the third largest seizure of its kind by a CBP port of entry in Arizona.

Officers seized the drugs and both vehicles, trailer, and commodity. Both subjects were arrested and then turned over to Homeland Security Investigations.