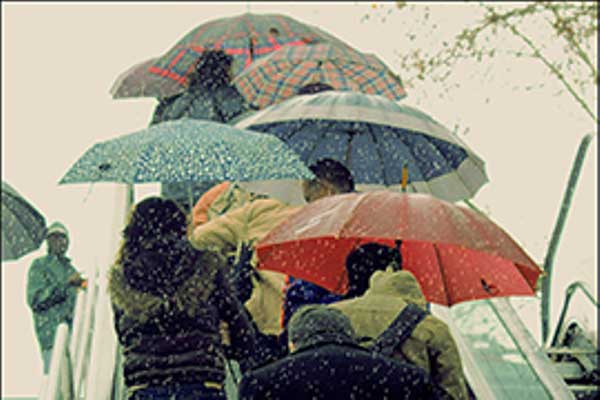 WASHINGTON – Arizona could see a wetter and warmer winter than usual, with a weak El Nino system bringing steady, mild rains to the state, the National Oceanic and Atmospheric Administration said.

NOAA’s winter forecast, released Thursday, is just what state farmers are hoping for – rain, but not the recent torrential storms that made this month the wettest October ever recorded at Sky Harbor International Airport.

“Ranchers are loving the rain and even the crop farmers, but we’re kind of saying, ‘OK, slow down, Mother Nature,’ because we’re worried about the cotton crop,” said Julie Murphree, outreach director for the Arizona Farm Bureau.

That was echoed by NOAA, which said drought conditions are expected to improve in Arizona and New Mexico this winter, among other regions.

Where the October tropical storms that blew up the coast of Mexico were “like flipping a switch,” Selover said this year’s El Nino is expected to be relatively weak for most of the country.

But weaker storms are good for southern-tier states. The stronger storms typically hit California and Colorado harder, she said, while the weaker storms give a good amount of precipitation to Arizona.

The National Weather Service cannot forecast specific rainfall amounts this far out, said Marvin Percha, an NWS meteorologist in Phoenix, but there could be a chance for more flooding across the state.

He said there “really isn’t any correlation between what happened this month and what will happen for the rest of the winter.” This winter’s precipitation is “more the large-scale pattern that’s evolving along the Pacific and into the western U.S.”

Ideally, Murphree said, El Nino will bring a lot of snow this winter, because it is easier to collect water in the reservoirs if there’s a big snowpack in the mountains.

But Selover said the key to maximizing reservoir retention is a good rain before the snowpack.

“It would be really helpful if we can saturate the soil before we get that snowpack on top of it,” Selover said. “That way when the snow melts in the spring, it won’t soak into the soil, it’ll just drain down into the streams and into our reservoirs.”

Murphree said the rain is good for farmers – in moderation. Too much rain can keep them out of the fields and can compromise the cotton crop.

At this point, she said, it’s a guessing game. And for farmers and ranchers across the state, there’s nothing to do but “pray for rain.”

“We still have to wait for Mother Nature to decide what she’s going to do, but we can be a little bit hopeful,” Murphree said. “We really, really need it.”