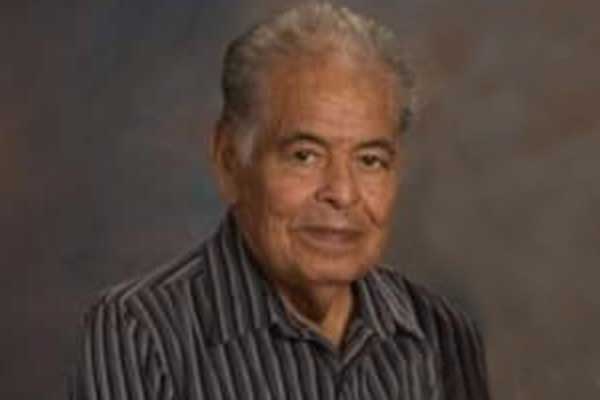 Nicolas Lucio Espinoza, a life-long resident of Clifton and Morenci, entered into eternal rest late Sunday evening, May 12, 2019, at his residence surrounded by his loving wife, Juanita, and family. He was 83.

Nick, as he was known by many, was born March 22, 1936, to Lorenzo Y. Espinoza and Tomasa L. Espinoza, with siblings, Gregorio Lucio, Rudolfo (Rudy), M. Esther, Oralia (Lalis), Miguel (Mike), and Salome (Sally).  He would be Later joined by twin sisters Amelia and Elvira (Vera) Lucio.

Nick lived on the Lucio family ranch where they raised sheep and angora goats, until the age of five.  The family moved to Old Morenci where he attended Morenci Public Schools.  He Graduated from Morenci High School in 1954 where he participated in football.  He then went to work in 1955 for Phelps Dodge Mining Corporation as a track laborer and later on, the Industrial Railroad, as a brakeman/switchman in the mechanical division, that ran from Morenci to Clifton.  He retired medically from the company in 1988.  In 1984-1985 he was a laborer in Phoenix doing road construction and in 1985-1986 he worked as a laborer for K&K construction.

Nick met the love of his life, Juanita (Jenny) M. Lopez, while lunching at the drug store in Old Morenci, where she worked.  On December 23, 1961, he married Jenny, bringing with him into this union, his son, Anthony N. Espinoza.  They made their home on AC Hill in Old Morenci, where they were blessed with three more children; M. Vivian and twins Stephanie and Cynthia.

Nick worked hard to support his family.  He spent time enjoying camping, fishing and hunting together with family and friends.  He also attended his children’s and grandchildren’s sporting events, musical events and chaperoned the Morenci High Shool band, along with his wife, on out of town trips.  He also enjoyed playing slow pitch, hand held slot and poker games, doing word search puzzles, or enjoying the outdoors sitting on the porch/carport waving to the neighbors as they went about their day.   He was a kind, loving, generous, friendly man to all who knew him.

Nick was a member of the Sacred Heart Parish Community helpers and fundraisers.  Together they cleaned the church on Thursdays and assisted at the bereavement lunches.  Nick was also a member of the Clifton/Morenci Beneficio Propio.

Nick was preceded in death by: his patents, Lorenzo and Tomasa; his brothers, Gregorio, Rudolfo, Miguel; his sisters, M. Esther and Oralia; son in law, Robert Moreno; his grandchildren, Rosemary and Elliott Moreno; his great-grandchildren, Ilyana and Davian Moreno; as well as many aunts, uncles, nieces, nephews and cousins.

A Memorial Mass of Christian Burial for Nick will be celebrated Saturday morning, May 25, 2019, at 11:00 a.m., at Sacred Heart Catholic Church in Clifton by Rev. Nathaniel Mma.

A reception for family and friends will follow the services at the Sacred Heart Parish Center.

Online condolences may be offered at www. viningfuneralhome.com