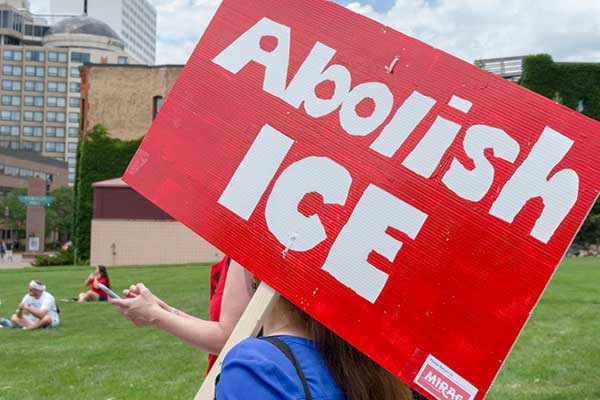 Phoenix, AZ (July 11, 2018) – Data Orbital – a survey research firm – announced results from the latest survey of likely general election voters in the state of Arizona. This poll was conducted over two days from July 9th-10th.

Across the state, Arizona voters are largely unsupportive of the abolishment of the Immigration and Customs Enforcement Agency (ICE).

Diving deeper on voters’ sentiment toward abolishing ICE, the firm looked at the breakdown across political parties.

With calls to abolish ICE becoming more prominent across state and national races, the survey results indicate that likely general election voters who are highly motivated to vote do not support the abolishment of ICE.

George Khalaf, President of Data Orbital, issued the following statement on these results: “Despite attempts to politicize ICE, Arizona voters do not support calls by leading Democratic candidates in Arizona to abolish the agency. The most telling is that 39.2% of Democratic likely voters do not support these calls with 34.9% supporting it. With 65.2% of extremely motivated voters in opposition to abolishing ICE, it will be interesting to see the impact of this issue on future surveys and eventually the ballot.”

This poll of 550 likely Arizona general election voters was conducted through a live survey that collected 70% of the results from land lines and 30% from cell phones. It has a margin of error at plus or minus 4.18%, with a 95% confidence interval. Respondents were weighted on a number of different demographic figures based off historical general election turnout in general elections. The poll was conducted over two days from July 9th-10th. The question released is verbatim from the survey provided to respondents. Toplines and demographic data can be found here and cross tabs here.