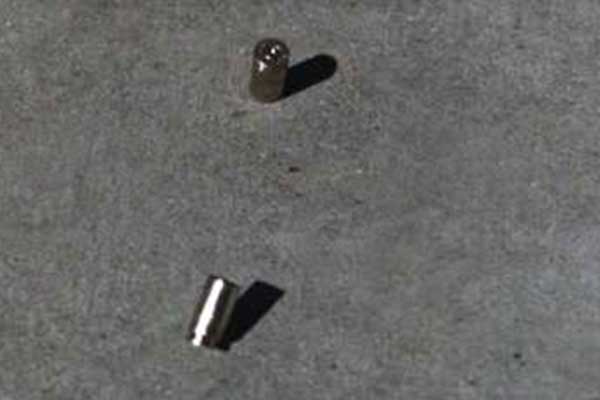 SAFFORD – In the early hours of the morning last Wednesday, police were apprised of multiple gunshots being fired in the Vista Linda area of Safford. A witness said that a silver truck left the area after the gunshots, followed by another vehicle believed to be owned by the person who lives at the residence. Investigators found two spent .40 caliber casings outside the front door.

Bullet holes into the residence through the glass below the A/C unit could be seen. The door to the residence was locked and no one answered from inside. The investigators forced entry into the residence to make sure there was nobody injured inside. No one was located inside of the residence. Officers contacted the emergency room at Mount Graham Regional Medical center, but there were no reports of anyone coming in with gunshot wounds.

The officers were shown footage from the security video that a silver 4 door Ford truck pulled into the parking space to the west of the residence just before gun shots were heard. The truck left and a few minutes later the resident left in their vehicle. The license plate of the truck was recovered from the video and all video footage was entered into evidence.  The investigation was turned over to the Safford detectives.