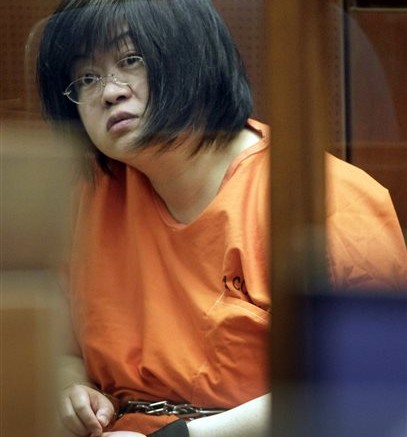 LOS ANGELES (AP) — A doctor convicted of murder for prescribing exorbitant amounts of painkillers that left three patients dead was sentenced Friday to 30 years to life in prison.

The conviction of Dr. Hsiu-Ying “Lisa” Tseng was rare for a doctor. It came after a dozen of her patients died.

“Something is wrong with what you’re doing if your patients are dying,” Niedermann said.

Tseng was charged with just three killings because other factors were involved in some of those deaths, such as drugs prescribed by other doctors and a possible suicide.

Tseng’s lawyer said the 45-year-old doctor had been naive to prescribe so many medications and didn’t think her patients would abuse them.

The powerful painkillers Tseng prescribed included oxycodone, sold as Percocet and other brand names, and hydrocodone, popularly known under the brand name Vicodin.

The first of her patients to die had received prescriptions from Tseng two days earlier for oxycodone, the anti-anxiety drug Xanax and the muscle-relaxer Soma, prosecutors said.

Tseng was convicted of all but one of 21 drug-related counts in Los Angeles County Superior Court.

She was also charged with illegally writing prescriptions for two of the deceased patients and 16 other people, three of them undercover agents.

Tseng’s lawyer said her client naively trusted her patients. Defense lawyer Tracy Green said patients testified they were legitimately in pain and later became dependent on the drugs, hiding their addictions by seeing other doctors and picking up prescriptions from different pharmacies.

Tseng barely kept any records on the three men until she was contacted by the Medical Board of California, prosecutors said, then fabricated documents to make it look like she had kept thorough records.