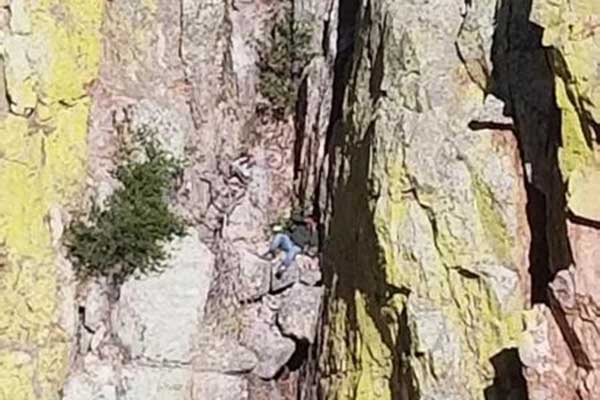 At approximately 2:30 p.m., Border Patrol agents from the Sonoita Station were notified of a 911 distress call, from a man stranded on a cliff in a remote area of the Patagonia Mountains.

Agents searched for the man, who was found precariously perched on a steep cliff. Due to the dangerous location of the Mexican national, Border Patrol’s elite Search Trauma and Rescue Team was called in, to coordinate the extraction. An illegal alien from Mexico got himself into a dangerous position on a cliff in Arizona’s Patagonia Mountains May 23. A multi-agency rescue was required to lift him to safety.

DPS Ranger, and AMO helicopter crews called to assist to survey the area for an extraction path had to postpone the rescue operations, until a second DPS helicopter, equipped with specialized hoisting mechanism arrived.

Through a hoisted extraction the man was brought down to safety into the custody of medically trained Border Patrol agents. The 32 year-old man, was found in good health condition and transported to the Sonoita Station for further processing.