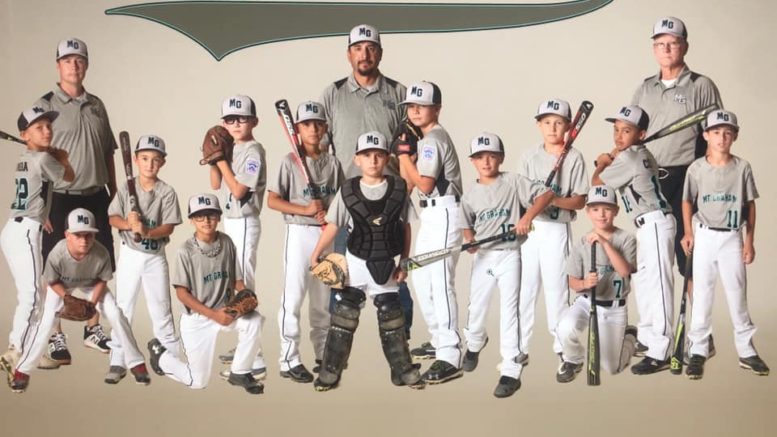 The Mt. Graham Little League Minors All-Stars are just one win away from playing for the District 11 Championship. The team consists of 9 and 10 year old players from the Gila Valley.

MGLL started off the tournament in Hayden with a 24-3 win over Kearny Little League. Head Coach Justin Echols said that Mario Chavez, Layne Stahl and Broady Phillips dominated on the mound and Andrew Trujillo, Kase Palmer and Jagen Hall all hit homeruns to pace the offense.

MGLL then beat a gritty Pinal Mountain(Globe/Miami) team 7-4 in the second round. Jagen Hall and Deagan Faunce combined for the win on the mound. Faunce struck out the final two hitters of the game to preserve the win. Palmer and Trujillo tripled and Bryant O’Mera had two hard singles to help power the offense.

Mt. Graham will face tournament host Hayden tonight(Thursday) at 6:30pm in Hayden in the semi-finals. Hayden beat Morenci 24-2 in their only game of the tournament. The winner will head into Monday night’s championship game.

The winner of the tournament will represent District 11 at the Minors State Championship tournament on July 12th at the Tempe Sports Complex.