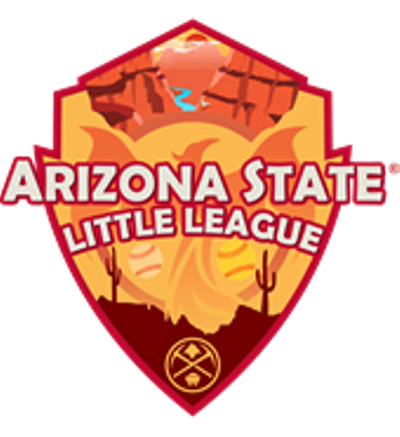 The 9-11 year old Mt. Graham Little League All-Stars were knocked out of the State Tournament last night in Mesa.

MGLL ran into a buzz-saw in Game 1 on Monday as they fell 19-2 to McCormick Ranch in the tournament opener. The loss knocked them into the losers bracket of the 2 game elimination bracket.

Game 2 last night was a match-up with Tempe South Little League, who had won their opener 8-6 over Canyon View LL before losing their second game 6-2 to Cactus Foothills LL. Tempe South stayed alive in the tournament with the 8-3 over Mt. Graham.

It has historically been an uphill battle for Gila Valley teams at the Little League State Tournament. A high percentage of the Metro Little League teams play in almost triple the amount of games as any team in the Gila Valley.

The tournament continues in at Fiesta Park in Mesa through July 25th. The teams that remain in the winners bracket are Queen Creek LL, Rincon LL and McCormick Ranch. 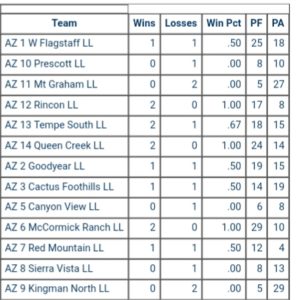