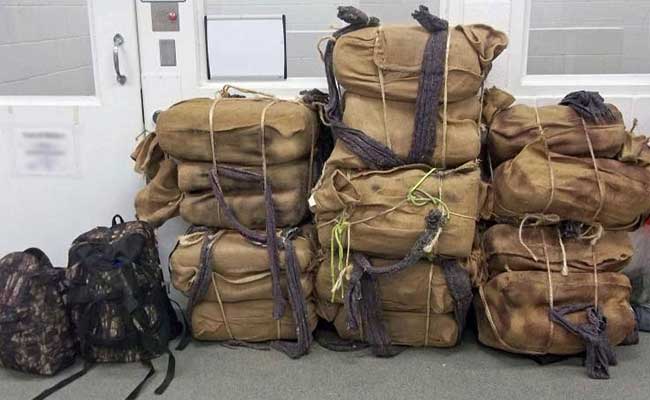 For the first time in years, marijuana backpackers arrested in Southern Arizona can expect to face criminal charges, not only for hauling pot, but also for crossing the U.S.-Mexico Border illegally, according to the U.S. Attorney’s Office in Arizona.

The increased penalty called for by the U.S. Attorney’s officer in Arizona is in line with the Trump administration’s “zero tolerance” immigration policy.

The policy change targets several hundred people arrested each year in Southern Arizona for hauling bundles of marijuana across the border, many of whom agree to do so instead of paying hefty fees to be smuggled into the U.S.

The impetus for the change, according to the U.S. Attorney’s Office, was the Department of Justice’s zero-tolerance policy for illegal border crossers announced by Attorney General Jeff Sessions in April.

The new policy revises the “flip-flop” plea agreements for marijuana backpackers and does not appear to focus on people caught smuggling hard drugs in vehicles at ports of entry.

It’s unclear how many backpackers cases have been affected so far.