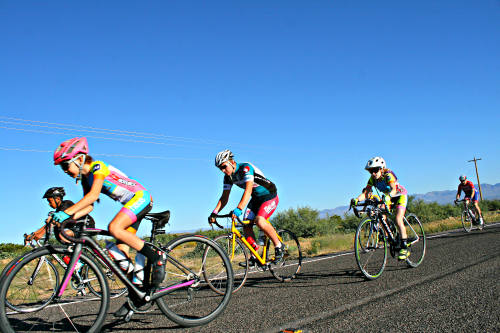 SAFFORD – Breathless peddling with the Arizona sun beating down, the riders had 20 miles to go before sundown.

The 37th Annual Mt. Graham Hill Climb attracted riders from all over the state along with several out of state participants. The race started at 8:00 a.m. on Sunday morning with a mass start with all categories racing together.

Mt. Graham is one of the longest running bicycle races in the state of Arizona because it has been continued annually for 37 years. It is also the third highest elevation gain in a one-day race in the United States.

Chief Referee of the race, Paul Domingue, told Gila Valley Central that it was a beautiful morning for a bike race.

“It’s a perfect day. The weather is great, there’s no wind. Most of the riders who are doing this race have done it before so they understand the nuances of it,” Domingue said. “We always tell the riders (that) the race is up the hill (and) coming back down be careful because we don’t like to see any problems.”

Domingue said that the climb is the major finishing event for the Arizona bicyclists.

“This is a state championship,” Domingue said. “I’m anxious to see the results. It’s the very end of the season for us. The road season starts here in January, and this is the last event of the road season in Arizona. From here, most of the riders will do cycle-across racing which is a discipline of racing where the riders are on road and off road, (and) the majority of the riders end up carrying their bikes. It’s kind of a combination of road cycling and mountain biking. They do that through the winter. Early January they’re back on the road and starting the races again.” 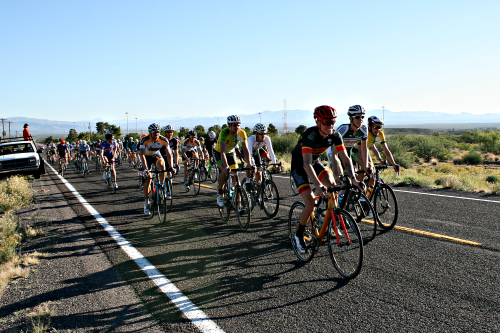 Brooke Curley Photo/ Gila Valley Central: From the starting line, bicyclists from all over the state of Arizona begin the 20 mile climb.

According to the book, A Guide to Cycling Climbing and the Most Difficult Climbs in the U.S, the Mt. Graham hill climb is one of the top 15 toughest.

“Usually the race is an uneventful event,” Domingue said. “We’re always anxious to see the results, and see how the people are going to do. It adds up not just for the championships jersey but also their points for the whole season for the best all-around riders.” 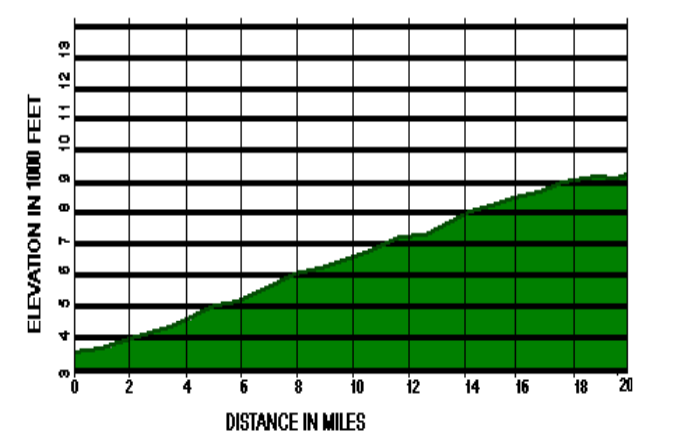 Above is an explanatory chart describing the distance traveled and the elevation increase.