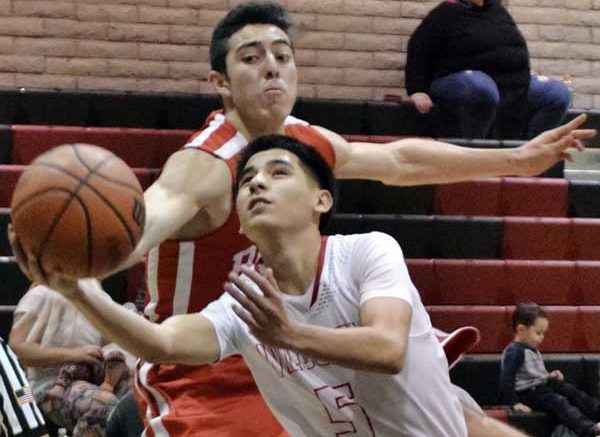 Photo By Raymundo Frasquillo: Morenci junior Jordan Leonard goes up for a lay-up attempt against Mauricio Valdez (31) of Bisbee. Leonard drew a foul and made 2-2 free throws during a 16-0 late run expanded a 48-45 margin to 64-45 with 12 seconds remaining. Morenci won the home region contest, 64-48, Jan. 6. The teams meet in Bisbee on Tuesday, Jan. 9. 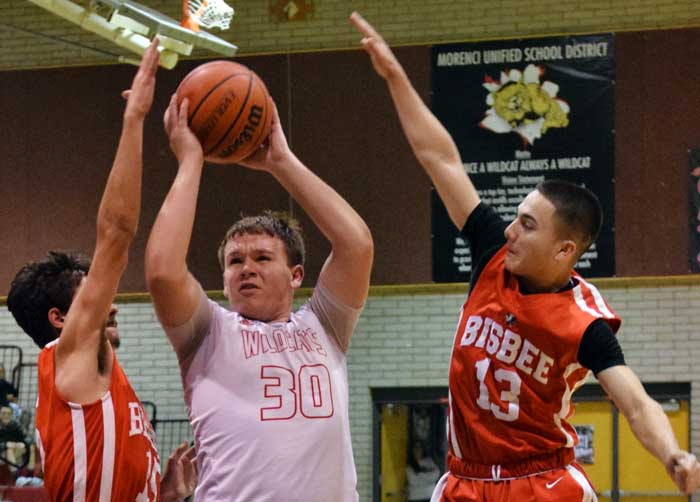 A late fourth period 16-0 run vaulted the Wildcats past the visiting Pumas after the visitors got within three points, 45-48, midway through the final period. 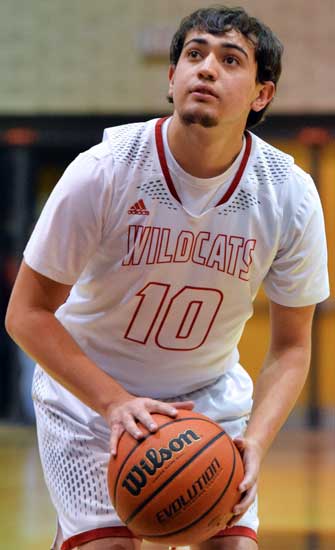 Additionally, defensive efforts in the same span forced hurried or poor shot selections at the other end plus positioning for rebounds by the Wildcats aided in defeating the Pumas.

Morenci led 30-13 at halftime, but made poor shot selections and had telegraphed passes picked off for uncontested lay-ups during the first 12 minutes of the second half, enabling the Pumas a 32-18 offensive output to get within three points with 4:09 left to play. 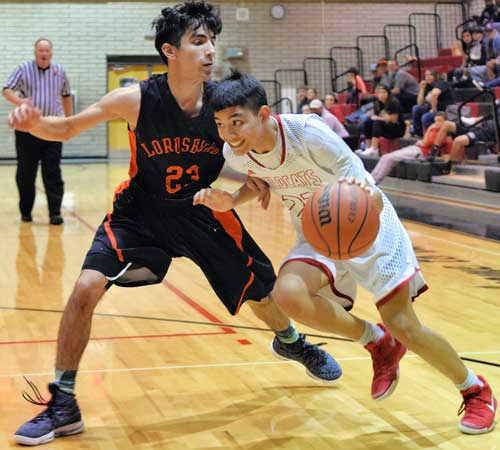 Thatcher broke a 36-36 three-period deadlock with a 21-18 final period outing. The Eagles’ final four points were scored from the free throw line, going 4-4. Their third period free throws were 3-3 and they finished 16-19 for the game.

Morenci totaled 14-30 free throws, 5-12 in the second half or 1-4 in the third period and 4-8 in the fourth period. The Wildcats were also outscored from the floor, making 16 field goals (eight 3-pointers) for 40 points compared to 17 field goals (seven 3-pointers) for 41 points by Thatcher.

A 16-12 opening period score favored the visitors, but the score was tied 26-26 at halftime.

Jordan Leonard posted a game-high 26 points on eight field goals (six 3-pointers) plus 4-8 free throws and in his first game back after an 11-game absence, Olmsted 14 on four field goals plus 6-14 free throws. Mendoza and Waters added six points apiece, and Silvester two. 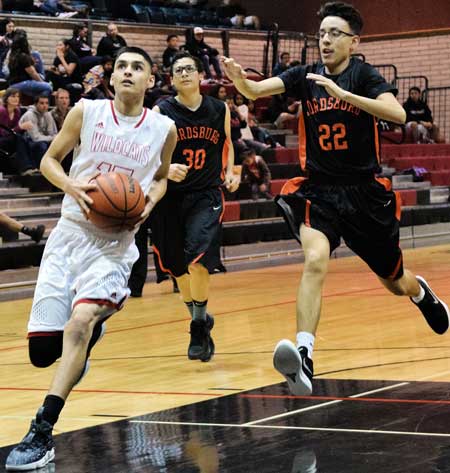 Photo By Raymundo Frasquillo: Junior Mario Esquivel goes up for a lay-up in the closing three minutes of the game with the Mavericks.

“We did everything right in the first four minutes,” Hepper said.

Morenci moved well without the ball, maintained proper spacing and position for rebounds, and an open Wildcat was found for passes yielding high percentage shot attempts.

“I don’t know why we stopped doing that,” he said adding they did not play a complete game.

The Mavericks’ initial two points were scored with 4:15 elapsed in the game and their next two came with 26 seconds remaining in the opening period. Isaiah Harvey lit up the guest side of the scoreboard and Greg Cuevas added the second field goal. 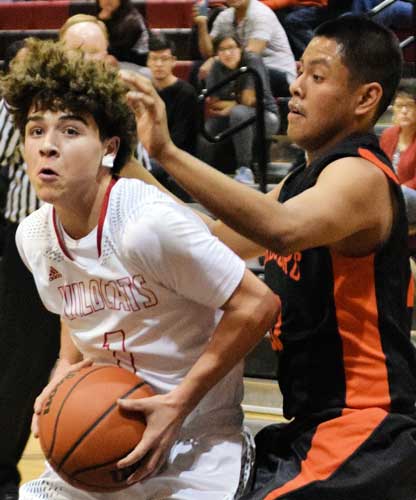 An 11-4 Mavericks’ second period outing narrowed the deficit to eight points, 15-23, at halftime.