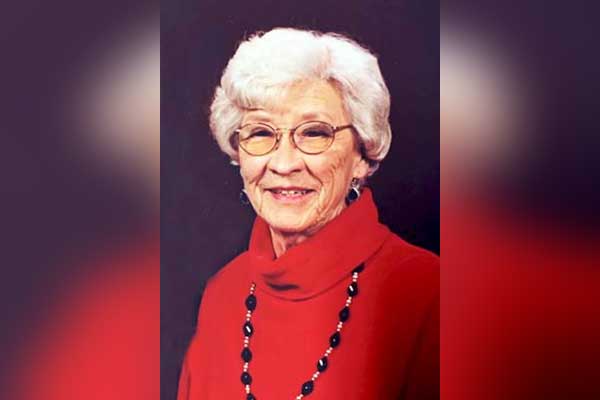 Mildred was born on January 17, 1922, in Ravia, Oklahoma to Herbert “Pete” Coffey & Daisy Faulkner Coffey.  She attended Tishomingo High School and Wewoka Junior College.  At both places she played in the school band, and her love of music stayed with her throughout her life.

She met her future husband, Riley Peck, in 1942 prior to him going overseas to serve in the U.S. Army during World War II.  While he was away, she went to Chicago to work for the United States Department of Agriculture and met her life-long friend, Emily Miskell. When Riley was discharged from the Army on July 31, 1945, he returned home and resumed his courtship with Mildred.  They were married on December 4, 1948 and lived and worked on a ranch in Klondyke, Arizona. They were blessed with two sons, Randy & Rick.

In 1960, the family moved to New Mexico, where Riley managed a ranch for the Mattice Brothers, headquartered at the head of the East Fork of the Gila River.  Because the trip took 3 hours just to cover 60 miles, Mildred took a job in Silver City with the Forest Service and lived with their sons in town during the week until they graduated high school. She retired from the Forest Service in 1982.

Even though she didn’t come from a ranching background, she enjoyed the cowboy lifestyle and would work on the ranch with friends and family.  She loved to bake, and her rolls & pie crusts were legendary.

She was preceded in death by her husband, Riley; her parents; Pete & Daisy and her sister, Geraldine Byrne.

Funeral services will be held Saturday, November 23, 2019 at McDougal’s Caldwell Funeral Chapel in Safford, AZ.  The viewing will begin at 12:00 p.m. followed by services at 1:00 p.m. with burial in Bryce Cemetery.  In lieu of flowers, the family asks that donations be made to the charity of your choice.