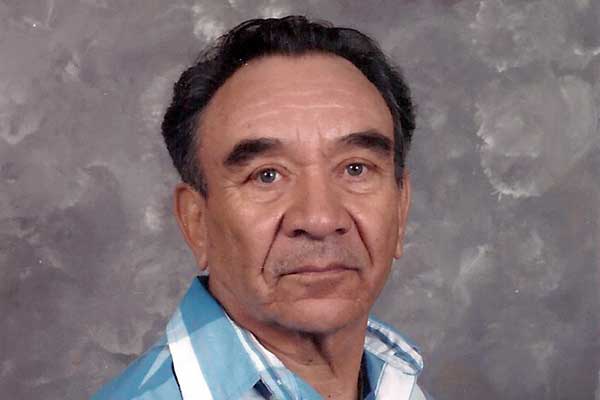 Mike Sandoval Baray passed away with his family and loved ones by his side on April 12th, 2018 at the age of 96. He was born in Clifton, Arizona on June 3, 1921 to Faustina Sandoval Baray and Jose Baray. Mike is the third born child of seven brothers and sister.

He grew up in Clifton and attended school up to the 8th grade. After the loss of his father, he left school to work with the CC Camps in order to help provide for his family. In between work and helping his family he met Stella Elmer, his wife of 64 years. They decided to settle in Clifton, Arizona; where they had their first two children, Mike and Zenida.

Mike then enlisted with the US Army and served in WWII; where later he was medically released due to a war injury. Upon returning home, Mike and Stella had three more children, Peter, Marjorie and Georganna. From there he was hired as a milkman at Lindsey Creamery in Clifton. After working there for a few years, he was hired by the mining company, Phelps Dodge, in Morenci as a crane operator; where he stayed for 36 years. In 2007 Stella lost her battle with cancer.

Mike’s love for music, playing guitar and harmonica, and his great smile will be missed dearly.

Mike was preceded in death by his loving wife Stella, his parents Faustina & Jose and 5 siblings.

A Graveside service will be held on Saturday, April 28, 2018 beginning at 10:00 a.m. at the Sacred Heart Cemetery followed by a service at the Shepherd of the Hills Church in Morenci at 11:00 a.m. with a reception to follow.