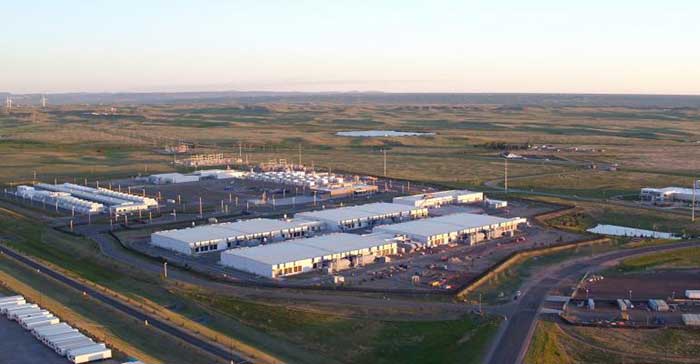 PHOENIX — Microsoft announced Arizona as the location for the development of three new world-class datacenter campuses to support the growing demand for cloud and internet services in Arizona and across the Western United States. Microsoft intends to develop the datacenter campuses in El Mirage and Goodyear, Arizona to be among the most sustainably designed and operated in the world – powered with 100% renewable energy.

“Arizona has been increasingly embracing the technology industry with a pool of growing talent, an affordable quality of life for employees, and as many 200 as sunny days a year making it an ideal location for investing in datacenters and solar power,” said Brian Janous, General Manager of Energy and Sustainability for Microsoft.

“This is big news for both the West Valley and the entire State of Arizona,” said Arizona Governor Doug Ducey. “When a global leader like Microsoft chooses to invest hundreds of millions of dollars into three cutting-edge data center operations in our communities, we know our work to create the best environment for innovative businesses is paying off.”

Microsoft will partner with First Solar, an Arizona-based global leader in solar energy, on their Sun Streams 2 photovoltaic (PV) solar plant. The 150-megawatt plant utilizes some of the most sophisticated and eco-efficient solar technology available today and will provide enough power to cover the energy load for each new datacenter campus once the solar project is operational.

“As an Arizona-based company and an American solar manufacturer, we’re thrilled to be powering these data centers, which will be important drivers of local investment and economic growth,” said Kathryn Arbeit, Vice President of Project Development for First Solar. “This agreement with Microsoft demonstrates just how large-scale solar can unlock value for local communities that benefit not only from the generation of jobs but also from the tax revenues for the county.”

Microsoft’s datacenter designs are already more energy and water efficient than traditional enterprise datacenters. In Arizona, the company is pursuing LEED Gold certification which will help conserve additional resources including energy and water, generate less waste, and support human health. Microsoft is committed to zero waste certified operations for these new datacenters which means a minimum of 90% of waste will be diverted away from landfills through reduction, reuse, and recycling efforts.

Microsoft is actively investing hundreds of millions of dollars to develop these world-class datacenter campuses in Arizona. We expect they will create more than 100 permanent jobs across a variety of functions, including mechanical engineers, electrical engineers, and datacenter technicians, when the facilities are fully operational, and more than 1,000 construction jobs over the initial building phases. Once the datacenters are operating, they’re expected to have an annual economic impact of approximately $20 million across communities in Arizona.

“We are thrilled that Microsoft has selected Arizona for these facilities, which will create more than 1,100 direct and indirect jobs in construction and datacenter operations and have a significant economic impact,” said Sandra Watson, President & CEO of the Arizona Commerce Authority. “We thank Microsoft for investing in Arizona. We would also like to thank Governor Ducey, Mayor Lord and Mayor Hermosillo for their leadership, and our partners at APS for helping bring this project to life.”

“Microsoft is a world leader in technology and we are fortunate they’ve chosen not only one, but two locations in Goodyear to expand their global venture,” said Goodyear Mayor Georgia Lord. “This is a rare opportunity, and I am excited to see these projects come to fruition. This partnership is a true benefit for us all, not only bringing high-wage jobs to our talented workforce but also prompting other tech companies to follow suit.”

“The City of El Mirage is excited to welcome the Microsoft Corporation to CenterPoint Logistics Park,” said El Mirage Mayor Alexis Hermosillo. “Microsoft is building a 254,000 SF world-class, sustainable datacenter campus on 150 acres in southern El Mirage. The Microsoft datacenter campuses benefit the City and region by investing millions in our economy, creating more than a thousand construction jobs and hundreds of permanent, high paying tech jobs that will improve the quality-of-life and opportunity for residents and the state. El Mirage has a bright future! Thank you Microsoft for selecting the City of El Mirage for this amazing opportunity and many thanks to our partners at the Governor’s Office, John F. Long Properties, Arizona Commerce Authority, NOVO Development, APS, CBRE and Greater Phoenix Economic Council.”

Through its Datacenter Community Development initiative, Microsoft is actively engaged in El Mirage, Goodyear, and across Arizona. In the past year, Microsoft invested more than $800,000 on projects that deliver social, economic, and environmental benefits to the state.